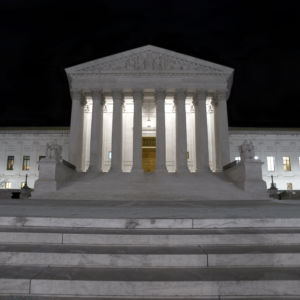 Tax reform is a top priority for the Iowa Legislature as it enters its first round of deadlines for individual bill submissions. While leadership from the Republican-led House of Representatives and Senate would like to see a reduction of the state income tax rate, Iowa Governor Kim Reynolds has vouched for the removal of Iowa’s federal deductibility on taxes, due to the federal government’s passage of tax reform creating a higher tax liability on Iowans.

While an exact plan is not in circulation and concrete details are not running on any particular deadline, according to leadership, there is one facet of the state’s tax system that could be revised that could spur state revenues if enacted.

House Speaker Linda Upmeyer told reporters before the 2018 session started that her caucus would investigate instituting a sales tax on the online sales of goods and services (from outlets such as Overstock, Newegg, Wayfair, etc.) to remote companies, as a way to “even the playing field” with stores in Main Street communities, as well as increase state revenues.

However, passing legislation that levies a sales tax on the online sale of goods and services is currently a violation of a state’s authority, as regulating interstate commerce falls under the jurisdiction of the federal government.

Coincidentally, the Supreme Court of the United States (SCOTUS) decided last week that it would hear a case that could challenge the federal government’s power in regulating interstate commerce.

South Dakota v. Wayfair, Inc. will be heard by SCOTUS this upcoming April, and will hear arguments from the state of South Dakota as it argues for the state’s recent passage of its 2016 Remote Seller Compliance law which levies a 4.5 percent tax on online retailers who sell over $100,000 in goods and services, and do not have a physical plant in the state. Arguments for Wayfair will be in favor of SCOTUS’ earlier decision in 1992’s Quill v. North Dakota. SCOTUS’ ruling in this case stated that due to the Congress’ “dormant commerce clause” regulating interstate commerce, states could not collect sales tax from purchases made from companies outside of the state the purchase is made, unless congress were to enact a law regulating sales tax.

According to the Government Accountability Office (GAO), 45 states in the U.S. levy a tax on businesses including remote (internet) businesses. However, due to SCOTUS’ 1992 ruling, these states can’t pass a sales tax onto remote sellers, but can levy a use tax on purchasers of the goods and services. GAO estimates that states could generate between $8 billion and $13 billion in revenue if they were allowed to demand sales tax from remote sellers. This number represents between two and four percent of 2016 state and local government general sales and gross receipts tax revenues.

In an earlier SCOTUS case, Direct Marketing Ass’n v. Brohl (2015) — involving a 2008 Colorado law that required retailers to supply information to the state regarding their sales — the court deferred judgement back to the state, which stated the law complied with the state’s authority as it would not charge fines. Justice Anthony Kennedy wrote a concurring statement on the decision stating that when Quill was ruled on, mail-order based sales were only valued at approximately $180 billion, annually. In 2008, online sales exceeded approximately $3.16 trillion, annually, and that the court’s decision would need to be reviewed.

Recently appointed Justice Neil Gorsuch, who ruled on the Tenth Circuit Court of Appeals at the time of the case, wrote a concurring statement in 2015, explaining that there is a need to re-examine Quill if the correct case came up.

Current Chair of the House Ways and Means Committee Guy Vander Linden said that if the Iowa legislature and the committee did write legislation levying a sales tax to online retailers, there would be a clause in the legislation that would allow the law to go into effect if SCOTUS ruled in favor of South Dakota.