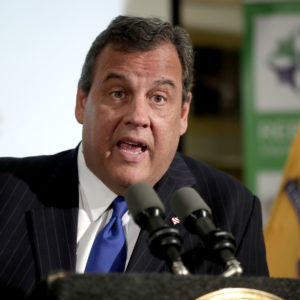 Regardless of a SCOTUS Decision, Iowa Lawmakers Feel Enough Support to Act on Fantasy Sports Legislation

This week, the Supreme Court of the United States (SCOTUS) heard a case challenging the 1992 Professional and Amateur Sports Protection Act (PASPA), which bans sports gambling in all but four states (Delaware, Montana, Nevada, and Oregon).

The case, Christie v. NCAA (featuring New Jersey Governor Chris Christie) is between New Jersey and members of the state’s horse-racing industry, against the National Collegiate Athletics Association (NCAA), the National Basketball Association (NBA), the National Football League (NFL), the National Hockey League (NHL), and Major League Baseball (MLB). New Jersey challenges that the PASPA violates the 10th amendment in requiring states to enforce a federal law. The NCAA and other sports organizations have argued that PASPA is constitutional in that it doesn’t require states to do anything, rather the law just bars them from allowing sports gambling.

Should SCOTUS rule in favor of New Jersey, voiding the regulations of PASPA, then all states in the U.S. then become eligible to allow sports gambling.

“The numbers are that $150 billion is spent annually in this country on sports [betting],” said Wes Ehrecke, president of the Iowa Gaming Association (IGA), which represents 19 Iowa regulated casinos and a lottery. “Only 5 percent of that is done legally, in Nevada. New Jersey really initiated this in that [the law] is unconstitutional, and that states should have the right to opt-in and offer something like this [sports betting].”

According to the American Gaming Association (AGA), an organization in favor of legalized sports gambling throughout the U.S, $150 billion is spent on illegal gambling, annually. As a figure for perspective, the AGA states that $4.1 billion was illegally gambled on Super Bowl 50 alone. AGA estimated that approximately $90 billion was be spent on NFL and college football matches in 2016.

According to a 2016 report commissioned by IGA, legal gambling at Iowa’s 19 casinos led to $403.3 million dollars paid by casinos to local, county, and state taxes. A total of 2,120 charitable grants were given by Iowa casinos — equaling more than $8.4 million — for community improvements in counties without casinos. All casinos accounted for 21.7 million visitors in 2016.

“We think if we get it in a more regulated structure, of 21 and over,” Ehrecke said, “you can guarantee you’re going to get paid, so that for our state coffers — which we’re kind of tight in a budget situation — we can indicate that there will be some revenue. We don’t know how much, but there will be revenue down the road in two-to-three years from now, and that’s something that can benefit the state as well.”

In preparation of SCOTUS’ decision, to come late spring, early summer, Ehrecke said that IGA is in the process of getting its member groups on board to support drafting legislation that would allow for sports gambling in Iowa. Ehrecke dubbed the legislation as “place-holder” legislation, that if passed in the upcoming 2018 legislative session, would automatically go into effect, should SCOTUS rule in favor of New Jersey. Ehrecke said that IGA and its members would prefer not to wait an entire year after the ruling to begin drafting legislation allowing sports gambling in Iowa.

As to whether or not Ehrecke feels that Iowa legislators are behind the possibility of legalized sports gambling, he expressed he’s heard opinions from all positions.

“Some have been very positive in their response, others want to see what a bill would look like,” Ehrecke said, “and others are probably more reserved, maybe luke-warm, but respectfully, they oppose gaming on moral or religious grounds and we respect that. We’ve heard concerns that we’re just expanding gambling. No. It exists already. We’re just trying to make it more regulated and with good standards and integrity, and we do respect others who are luke-warm, but we have also had some favorable responses as well, very positive.”

Representative Ken Rizer (R-District 68) and Chair of the House’s State Government Committee said that he wasn’t sure about legalized sports gambling, regardless of a SCOTUS decision.

“I think that’s something that we’re going to have to wait and see on,” Rizer said. “I think there’s enough support for fantasy sports betting, but I think the jury is still out on whether or not Iowans will support full sports betting.”

Back in 2015, the Iowa legislature did consider whether or not to allow Daily Fantasy Football under its laws, but after bi-partisan passage of the bill occurred in the Senate, the bill died in the House. Rizer explained that the reason the bill died was because there was a lot of attention dedicated to passing priority legislation during that session.

Senator Jeff Danielson (D-District 30), a member of the Senate’s State Government Committee believed the House’s objection in 2015 was primarily about the morals of gambling.

“There are many [opinions],” Danielson said, “but primarily I believe they are moral objections to the idea of gambling, no matter what the definition is, sports betting, fantasy, lottery, you name it, they see it all as morally objectionable. Or at least they have enough members that will vote that way, therefore no bill passes.”

Danielson explained that Iowa is unique in its laws surrounding gambling, and supports Iowa’s legal foundation to regulate the gaming industry. Under Iowa law, unless the legislature “expressly authorizes” activities that resemble gambling or social gambling, then they are illegal.

Danielson also believes that the competitive marketplace of gambling resulted in the lobbying against the authorization of fantasy sports.

“I believe the Iowa casinos have lobbied against the authorization of fantasy sports because they see that as a direct competitor to their land based casinos,” Danielson said. “I completely disagree with the evidence of their argument, but they get to go make that case in the House and I think that’s been picked up successfully, unfortunately.”

When it comes to whether or not the Senate State Government Committee will plan for legalizing sports gambling contingent on a favorable SCOTUS decision, Danielson believes that eventually, the federal laws that affect e-commerce as it relates to sports gambling are going to be overturned through the courts, because of the way in which Americans now accept fantasy sports and sports gaming.

He is not quite of the belief that SCOTUS will rule to allow more states to be eligible to allow sports gambling, based on the ideologies of Congress and members of the Supreme Court. During arguments heard on Monday, some reported that at least five justices appeared in favor of New Jersey. Either way, he said that what could be brought to Iowa is the authority to participate in fantasy sports.

“Sports betting has been mainly controlled by loosely written, I believe, unconstitutional federal statutes that gave a monopoly to four states, who under their language could do sports betting and no other state can even come close to approaching it,” Danielson said, “or they will be under the scrutiny of the federal law. Fantasy sports, as a federal law, has kept a hands-off approach and rightfully so, and you’ve seen 45 states all have fantasy sports including daily fantasy.”

When asked if there is enough support for the House to pass a measure authorizing fantasy sports, Rizer said that the bill is still alive and is to be considered this upcoming year.

“I believe [we will consider it],” Rizer said. “There’s been good support for fantasy sports betting in the State of Iowa.”