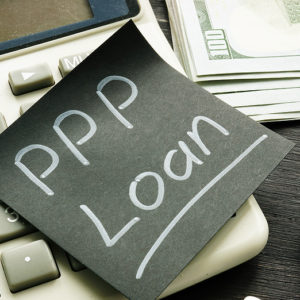 New Hampshire businesses that received federal Paycheck Protection Program funds in the depths of the COVID-19 crisis will owe state taxes on that money this year without a quick legislative fix, despite being non-taxable at the federal level.

Congress, he said, omitted tax relief for these funds in their haste to pass stimulus quickly during the coronavirus pandemic but corrected the error in a December stimulus bill. New Hampshire, however, uses a 2018 version of the Internal Revenue Code in state law. That outdated code treats forgiven loans as income for tax purposes.

“This money was never really intended to be taxed. It was overlooked in the haste of passing the first round of stimulus,” Juvet said, noting that Congress corrected the oversight in a relief bill passed in late December. “We’re in favor of making the same type of correction at the state level.”

Next door in Maine, Governor Janet Mills proposed taxing PPP revenue earlier this week, a proposal that met sharp criticism. Mills reversed her position on Wednesday, saying in a press release: “I am proud of the hundreds of small businesses across the state who used the PPP funds to keep people employed, to keep their doors open, and to keep our economy afloat during a time of extraordinary financial distress.”

Mills’ administration “has proposed maintaining standard treatment of PPP so no Maine business owes state taxes on funds spent to keep employees on payroll or on other deductible expenses such as rent or utilities.”

A Massachusetts state senator offered a similar proposal. “This legislation will ensure that struggling small business owners, who have suffered unimaginable hardships over the last year, are not taxed by the state on their PPP loan forgiveness amounts,” Sen. Eric Lesser (D-Longmeadow) said in a statement last Friday.

“Hopefully NH makes some adjustments to how they are planning on treating the COVID relief,” Liguori said. “It would be more beneficial for businesses if it were treated the same way as is treated by the IRS.”

Granite State businesses received at least $2.6 billion in federal relief, according to Michael Kane from the office of the legislative budget assistant. At an early January budget briefing, Kane told a joint Ways and Means Committee, “this is worth watching the revenue in March and April to see if any companies are building that into their [business profits tax] or [business enterprise tax] payments.”

The state receives revenue from multiple taxes, but New Hampshire relies most heavily on these business taxes. The latter is where the PPP funds create a problem, Juvet said, adding that the BIA has reached out to the Senate president’s office. “We suggested [Senate President Chuck Morse (R-Salem)] add language to correct this at the state level” in his omnibus tax bill. “If not, it’s something we have to try to fix at the bill hearing level.”

Sources tell NHJournal the Republican leadership in the House is currently looking at the issue. A House bill introduced this year will lower the rates of the BET and BPT. Proponents say a reduction in employer taxes will incentivize growth and help the state recover from the economic impacts of the coronavirus.

Taxing PPP funds will have the opposite effect, tax-cut pushers say, by punishing small businesses as they struggle to recover from the pandemic.

Liguori said he’s taken a conservative approach with his clients, as have CPAs in his network, to plan for the worst-case scenario. “We had been planning that the expenses the PPP loans were used for would not be deductible.” The tax bill won’t come as a surprise to them, he said, but a fix would be better.

Also, “many businesses did not officially receive loan forgiveness on the PPP loans until 2021, which will delay the tax impact of PPP funds in NH for many business owners,” Liguori said.