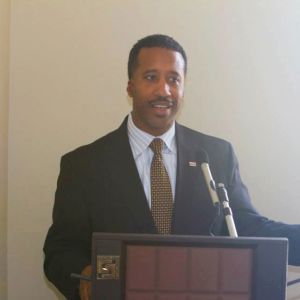 D.C. Council member Kenyan McDuffie — who’s set to chair a Sept. 16 hearing on the District’s spiking violent crime — told InsideSources, “I have concerns about aspects of the plan that would allow supervision officers to conduct warrantless searches of individuals on probation, parole and supervised release.”

McDuffie stressed that he looks forward to working with Bowser, a fellow Democrat, on the community outreach measures she proposed. Yet he said “a proposal that increases law enforcement’s reach into homes could very well invite abuse and foster greater community distrust.”

To say Black Lives Matter activists are distrustful of the mayor’s plan would be an understatement. Dozens of them attempted to shout Bowser down last Thursday as she announced her anti-crime agenda at the former Malcolm X Elementary School building in the Congress Heights neighborhood.

Activist Eugene Puryear spoke out against toughening criminal penalties and putting more police on the streets, saying the D.C. government should be focused on providing jobs, housing and services to troubled communities. Puryear told InsideSources he believes the D.C. Council may be receptive to Black Lives Matter’s critique.

“I think Council member McDuffie is one of those people who’s willing to look at new ways of dealing with this issue and who’s open to some of the ideas we’re proposing,” he said in an interview.

In fact, McDuffie told InsideSources he is “trying to float a different approach” to fighting crime.

“I’m trying to begin the conversation about the District having a public health approach to preventing violence,” he said. “We need to dedicate the necessary resources, comprised of multiple agencies, including our healthcare agencies and our human service agencies.”

For her part, Mayor Bowser argued last Thursday that what she’s proposing is part of taking “concrete steps to make ‘black lives matter’ more than just a hashtag.”

With regard to the idea of searching homes, she said the goal was simply to remove illegal guns: “Let us be clear: this is not stop-and-frisk. My proposal restricts searches solely to the living quarters of individuals convicted of violent crime.”

In addition, D.C. Police Chief Cathy Lanier has argued that increasing the number of officers on the streets doesn’t have to mean a greater number of negative interactions between police and residents.

“If the police officers have an appropriate interaction and their presence is appropriate, people appreciate them,” she said last Friday on D.C.’s NPR affiliate, WAMU. “If their presence is more zero-tolerance, overwhelmingly enforcement-related, that’s not what people want.”

Last weekend, about 98 percent of the voters in an online poll of the District’s Fraternal Order of Police expressed no confidence in Lanier, although less than a third of the membership participated. Bowser said in her speech that she has “every confidence” the chief will lead D.C. through its crime spike.

Asked if he agreed with the mayor’s assessment of Lanier, McDuffie told InsideSources, “I am going to continue to work with whomever is the chief of police, whomever is the president of the [Fraternal Order of Police].”

“I don’t get to select who the stakeholders are,” he added. “I am committed fully to working with whomever is in those positions.”

Ahead of McDuffie’s hearing, the ACLU of the Nation’s Capital plans to hold three town hall forums about police-community relations in the District. A fourth forum is set for the day after the council event.