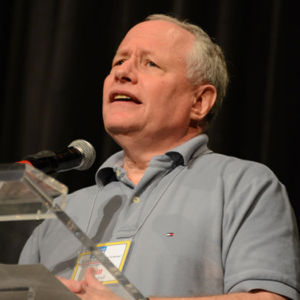 In Iowa Stop, Kristol To Discuss ‘Expecting the Unexpected in 2020’

Bill Kristol has a message for Iowa: In the current political climate, expect the unexpected. Something as unexpected as, say, a presidential bid by a prominent member of the conservative media like Kristol?

With his upcoming visit on Wednesday to Iowa’s Cornell College in Mount Vernon, on the heels of a planned appearance two weeks ago at a prominent political event in New Hampshire (postponed due to weather), Kristol is certainly creating a stir.

The influential conservative commentator and co-founder of The Weekly Standard will be a guest of Cornell College as part of its Roe Howard Freedom Lecture series, and will discuss “American Politics in the Age of Trump,” and what’s ahead in 2020. Two weeks ago, Kristol was scheduled to speak at “Politics and Eggs,” a forum hosted by St. Anselm College’s Institute of Politics that has become a mandatory stop on the POTUS campaign speaking circuit.  While Krisol’s visit was postponed by a Nor’easter, Sen. Jeff Flake appeared at the event just two days later.

Visits to New Hampshire and Iowa leading up to midterms are usually a telltale sign of someone with presidential aspirations, but Kristol told InsideSources that he’s not currently planning for a 2020 run, rather looking to “encourage the people of Iowa,” about the state and future of America’s politics ahead of the 2020 presidential discussion.

“One of my messages will be that this is such an unusual time that people should expect the unexpected in 2020,” Kristol told InsideSources, “which is interesting given the premise that the incumbent always gets renominated, I think that [assumption is] in question.”

Kristol is considered one of the originators of the #NeverTrump movement and has continued to affirm his anger with the president during his time in office.  Kristol believes that America’s politics are extremely fluid and observers are underestimating the degree to which the country is in “uncharted waters.”

Though he describes today’s politics as fluid, one thing Kristol believes is certain: Trump has led the GOP astray.

“I don’t think the future of the Republican Party is to be an older and whiter party or nativist and sort of disdainful of every new group and new thought,” Kristol said. “You can win an election or two with that, but it’s ultimately a losing proposition.”

Kristol believes the GOP has some work to do in order to attract not only younger voters who may be turned away by Trump, but also a more diverse group of voters when it comes to race and culture. Kristol believes that Trump is causing the party “significant damage” among young voters. While Kristol himself found the promise of the Republican Party as a young adult, he doesn’t believe the party is appealing to 23-year-olds today.

One of the challenges facing the Republican Party is the staunch divide between its base and the rest of the GOP. Kristol argues that Trump was able to win over a large portion of voters to the GOP with his ability to express anger over the issues that were worrying these groups of people. But Trump has since failed to keep his promises to them.

“There’s a real sense of alienation from the establishment, from the coast and D.C.,” Kristol said. “Whether Trump’s going to solve that or whether Trump’s just going to accentuate them depends, and people would argue he’s failing to address their problems, that’s a big question, and I think people could react in very different ways to another Trump presidency in that respect. I do think the next candidate from both parties actually is going to have to think through real policies, real proposals that deal with people’s anxieties. A lot of those anxieties are legitimate. It doesn’t mean the solutions they’ve attempted to embrace haven’t been good ones, but if you don’t have any solution, people will embrace bad solutions.”

In Iowa, 51.1 percent of the voters embraced Trump in 2016.  According to a February 2018 poll by Des Moines Register, Trump’s approval now hovers around  44 percent. Assuming the GOP base stays loyal to Trump and he’s re-nominated for president in 2020, Kristol believes the party will be in a different state than it is currently, having doubled down on Trump. In that event, while Kristol said that the Republican Party wouldn’t then be one he’d be comfortable being a part of, he doesn’t think that there’s an immediate need for the party to split, or create a third party.

“I think the first effort would be to save the Republican Party or revive the Republican Party,” Kristol said. “It’s a huge party and has a distinguished heritage. It would be foolish to walk away from it and say ‘it’s hopeless.’ But it may turn out for people like me if Trump is nominated, maybe re-elected, I wouldn’t necessarily want to stay in the party. And we’ll have to make up our own minds then.”

In fact, Kristol believes that the 2020 election will be one in which a third-party candidate will have a decent shot of securing a large swath of voters, something rarely been seen in American politics. That being said, Kristol believes that the Republican Party has strong leaders and is encouraged by the quality of Republicans who are running for office. While he’s not pessimistic about the future of the GOP, he does believe the challenges of keeping the party together are real.

Challenges that someone like Kristol could solve? Expecting the unexpected?