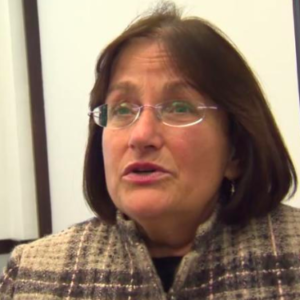 Just two months ago, Speaker of the House Nancy Pelosi warned her fellow Democrats that “Donald Trump is goading us to impeach him.” On Friday, New Hampshire Rep. Annie Kuster took the bait.

“Mueller reinforced the troubling details outlined in his report: Russia attacked our democracy and interfered in our election to help Donald Trump, and the Trump campaign welcomed that help,” Kuster said in a statement. “Given the special counsel’s testimony and the evidence outlined in his report, I support the House of Representatives opening a formal inquiry.”

Kuster’s announcement makes her the first member of the Granite State’s congressional delegation to endorse impeachment. Progressive Democrats pushing for impeachment were hoping Mueller’s testimony would set off an avalanche of support. Instead, just seven House Democrats, including Kuster, have endorsed an impeachment inquiry in the wake of Mueller’s widely-panned performance.

Neither of the state’s two U.S. Senators, Sen. Jeanne Shaheen or  Sen. Maggie Hassan, have joined Kuster on the impeachment bandwagon. “Impeachment is a grave step that should not be taken lightly,” Sen. Hassan said in a statement late Friday. “I am not convinced that initiating an impeachment inquiry is the best course of action at this time.”

Just hours after Kuster’s announcement, Morning Consult released a poll showing only 37 percent of Americans backing impeachment in the wake of Mueller’s testimony. An NBC-WSJ poll last week found just 21 percent support impeachment, while 50 percent of respondents want the Russiagate inquiry to come to an end. And impeachment is just one of several high-profile policies Democrats are pushing in the face of public opposition.

“Annie Kuster and Congressional Democrats are free to waste their time as they see fit on pointless witch-hunts and endless obstruction,” Republican National Committee spokesperson Nina McLaughlin told NHJournal. “While they play partisan games, President Trump will continue to win for all Americans.”

With her decision, Kuster has entered the highly-charged political battle inside the Democratic Party over the politics of impeachment. According to multiple reports, Speaker Pelosi sees it as a risky move for her party.

“There is constant battling,” a Democratic member of Congress told the Daily Beast.  “I think this is a strategy [by Nancy Pelosi] to try and slow-walk this process and shift some of the attention away from her not moving forward.”

In a press conference before Rep. Kuster’s announcement, Pelosi denied she’s got a slow-walk strategy.

“No, I’m not trying to run out the clock,” Pelosi said. “We will proceed when we have what we need to proceed, not one day sooner. And everybody has the liberty and the luxury to espouse their own position and to criticize me for trying to go down the path in the most determined and positive way. Again, their advocacy for impeachment only gives me leverage. I have no complaint with what they are doing.”

In the end, the final decision over impeachment might be made, not by Democrats like Kuster, but by the calendar. Congress just began their six-week August recess. When they get back, they will have a lot of regular-order business to take care of and little time to do it. As Byron York notes at the Washington Examiner:

“Even if Democrats launch an impeachment inquiry immediately after getting back from summer recess, one would imagine that it would take months before they’d hold any sort of actual impeachment vote. By that point they’d be into late this year, or early next year. Once they get into 2020, Democrats are going to want their case to focus on the need to replace Trump, rather than an effort to impeach him.”

A longtime GOP consultant tells NHJournal that Kuster’s move is really about campaign cash: “Annie has no fear that impeachment will actually happen, so she’s free to go hard-Left. It will raise both her profile and her low-dollar fundraising.”

Polls clearly show Americans are weary of the Russiagate/impeachment story– and perhaps with good reason. It took 99 days to go from the release of the Starr report and the House vote to impeach President Clinton.

How many days has it been since the Mueller report’s release?