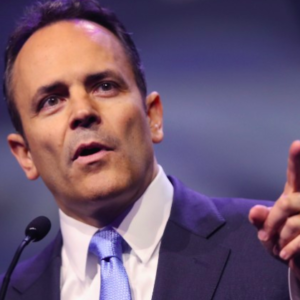 When it comes to cold weather, Kentucky Gov. Matt Bevin is no amateur. That’s because though he’s the Republican governor of a southern state and was actually born in Denver, he grew up in the tough, tree-covered (and temperature-challenged) environs of New Hampshire’s North Country.

No wonder he had a different reaction to the recent frigid temperatures than his southern citizenry:

On a Louisville radio station, Governor Bevin complained to local host Terry Meiners about his kids’ classes being canceled on Wednesday. “Now we cancel school for cold, I mean — ” Bevin said.

The backlash was vicious and swift. His state’s teacher’s union condemned him. His Democratic opponent in the 2020 election, Adam Edelen, dubbed him “dumb and mean.” Even TV weatherman Al Roker called out the Kentucky governor:

“By the way, I just have to say this nitwit governor in Kentucky saying that, ‘Oh, we’re weak,’ these are kids who are going to be in subzero wind chills,” America’s beloved weatherman said. “I’m glad you’re not a teacher.”

Then again, Roker grew up in New York City, not the northern extremes of New Hampshire like Matt Bevin.

A photo of Shelburne, NH from the town’s Facebook page

So, yes, compared to the hale and hearty youth of northern New Hampshire, the kids of Kentucky are kind of soft.  And the reaction from their parents and politicians to Bevin’s gentle chiding shows where the kids get it from.

One local mom tweeted: “I hope Matt Bevin’s car won’t start tomorrow morning and he’s locked out of his house with nowhere to go.”

In fact, Bevin acknowledged in the interview that he was being “slightly facetious” and agreed with the err-on-the-side-of-caution decision. However, he stood by his broader point.  “It does concern me a little bit that, in America, on this and many other fronts, we’re sending messages to our young people that if life is hard, you can curl up in the fetal position somewhere in a warm place and just wait until it stops being hard. And that just isn’t reality. It isn’t,” Bevin said. 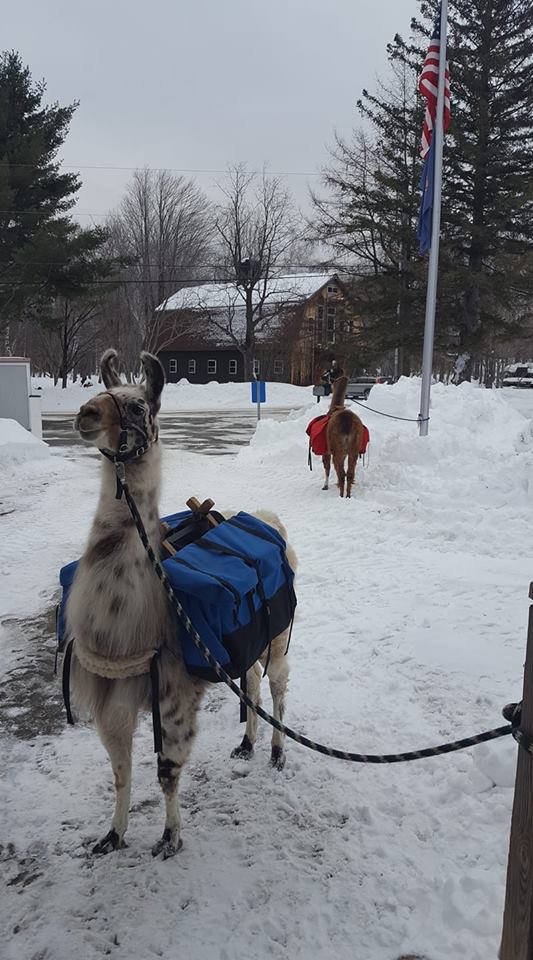 It certainly wasn’t the reality in the North Country, not for the son of a wood cutter (his did worked at the local mill) who grew up in Shelburne, a community whose spirit was forged in the crucible of frontier violence. (In 1781, a six-member Indian  Native  American Indigenous People’s raiding party forced the town’s residents to bravely flee to Fryeburg, ME)

No surprise, then, that Gov. Bevin isn’t backing down. He’s fighting back! Rather than issuing an apology for his Yankee straight talk, Bevin points out: 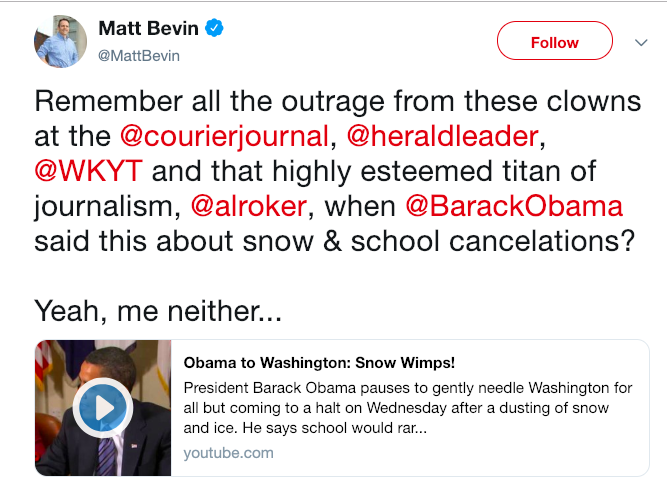 Later Bevin tweeted: “‘Soft’ doesn’t even begin to describe what has become of America.”