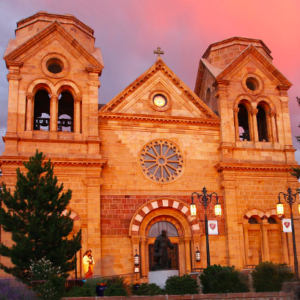 New Mexico’s largest Roman Catholic diocese is facing nearly 400 claims of sexual abuse as part of a pending bankruptcy filing in the wake of the clergy sex abuse scandal.

Meanwhile, The Survivors Network of Those Abused by Priests (SNAP) says it finds it unjust that a Roman Catholic archdiocese can file for bankruptcy on a timetable in the first place.

The Archdiocese of Santa Fe filed for Chapter 11 reorganization last year, claiming diminished resources due to payments already made to victims. The archdiocese reported that 395 people filed claims against the church as of the June 17, 2019 bankruptcy filing deadline, including 374 claims involving sexual abuse allegations. The remaining 21 were connected to other complaints.

When it first announced its decision to file for reorganization, the archdiocese said it had already paid out $52 million in insurance money and its own funds to settle 300 previously filed claims. At least 78 clergy members were “credibly accused” of sexually abusing children, according to a an archdiocese list released last year.

At the time, Archbishop John Wester said more charges were likely and reorganization would be the best option to protect diminishing church assets.

Priests from around the country were sent to the state to get treatment for pedophilia, causing New Mexico to become a center for an expansive list of child abuse cases. Church documents, legal filings and testimony from victims, show the priests were later sent to parishes and schools across the state.

Resolving the bankruptcy case could be a long process, as lawyers will have to collect more information about the archdiocese’s finances to verify how much is available to divide among those who filed claims.

The archdiocese, the oldest in New Mexico, declared in the original bankruptcy filing it had nearly $50 million in assets, including real estate worth more than $31 million. The archdiocese also noted it had more than $57 million in property being held in trust for a number of parishes, and that property transfers worth an additional $34 million were completed over the past couple of years.

The actual number of people harmed by priest abuse in New Mexico is probably much larger than 400, says Albuquerque lawyer Levi Monagle, who is working with Brad D. Hall — an attorney who has been representing victims in New Mexico for more than 30 years.

“To have nearly 400 claims in an area as sparsely populated as the Archdiocese of Santa Fe is a testament to the depth of the crisis here,” Monagle told InsideSources. “It is a testament to the disproportionate suffering of New Mexican victims and their families and communities, and it puts the onus firmly on the archdiocese to confess and repent for the extent of its wrongdoing over the past 70-plus years.”

The claims filed will be sealed and remain confidential unless the claimant indicates he or she wants their information released. However, church documents related to abuse cases could be made public, and lawyers for some of the survivors hope the documents will reveal what has previously been a guarded process.

“I don’t understand how an entity like the Catholic Church can go bankrupt. Rome has got trillions of dollars they are sitting on,” Norris told InsideSources. “It’s a little absurd for me to fathom that.

“I’ve received several calls from survivors out there [New Mexico] panicking … because they knew the deadline was coming and they wanted to get their information in,” he said. “And the church wasn’t totally forthcoming to help these survivors figure out some of the specifics.

“The filing window is closed and there are more victims out there,” Norris said.

“So, now they’re not going to be allowed to be compensated and hold the church accountable for what it allowed to happen,” he said. “I don’t think the process is fair, nor how [the archdiocese] looked out for the survivors — which is what I am interested in.

“It’s not fair to the survivors who weren’t ready yet to come forward.”