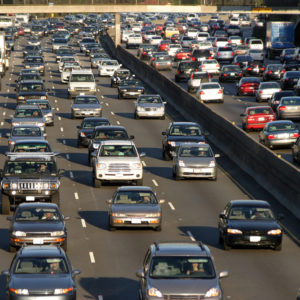 Following in the footsteps of New York City, the city of Los Angeles announced its own Green New Deal proposal to fight climate change. Dubbed the “pLAn” by Mayor Eric Garcetti, this proposal sets sustainability and environmental-friendliness requirements for virtually every aspect of LA society.

“With flames on our hillsides and floods in our streets, cities cannot wait another moment to confront the climate crisis with everything we’ve got,” Garcetti said in a statement.

LA’s version of the Green New Deal has two simultaneous goals: to achieve the climate targets outlined in the Paris Climate Agreement and to address economic inequality through a plethora of social programs. Garcetti believes the proposal will make Los Angeles emissions-free by 2050, a timeline similar to New York City’s climate justice overhaul known as the OneNYC 2050 initiative.

One particularly ambitious proposal pointed out by Curbed Los Angeles is the goal of getting Angelenos to drive fewer than six miles a day. These mandates are laid out in a white paper on the proposal provided by Garcetti’s office.

According to the white paper, the city intends to develop policies that would phase out driving by 50 percent within the next three decades. This expectation was based on calculations that current LA residents travel an average of 15 miles per capita per day or 60 million miles driven by cars. The same data indicates that only 14 percent of the current population uses public transportation, walk, bike, or use other types of “non-car” transportation methods.

While it is essential for large cities to have multimodal transportation strategies, the expectations that drastically changing transit methods in a short period provide cases for concern. Pacific Research Institute senior fellow Wayne Winegarden told Inside Sources that the proposal is a misguided attempt at resolving immediate issues.

“Both NYC and LA are implementing policies that are technologically unfeasible,” Winegarden said, speaking of both plans the cities have proposed. “As a result it will make these already excessively expensive cities even less affordable, harming the poor the most. What’s worse, while these cities see themselves as global trendsetters, the reality is their actions will not impact global emissions at all. These are all pain no gain policies.”

Considering Winegarden’s position, other aspects of the transportation strategy outlined in the LA Green New Deal could be especially cost prohibitive. Under Garcetti’s plan, the city will require a reduction in all conventional gas-powered cars in city limits with intentions to provide a boost to the electric vehicle industry. The proposal would promote ownership and manufacture of these vehicles to ensure that 80 percent of all motor vehicles in city limits are electric by 2035. By 2028, the city is expected to have installed 10,000 charging stations for electric vehicles across the city.

This particular requirement could pose two challenges. First, rates of conventional auto ownership in high urban areas like Los Angeles are increasing. Data suggests that car ownership in LA alone has risen by over 9 percent during 2012 and 2017, according to New York City-based transportation policy consultant Bruce Schaller in a column for CityLab published in January.

The second challenge is the relatively high cost of electric vehicles (EV) and how the expectation of switching to an EV would be cost prohibitive for lower-income households. In general, lower income areas across the city are likely to bear a large chunk of the cost to meet all of the requirements outlined in the LA climate plan. Yale researchers at the institution’s Data-Driven Lab concluded that lower-income areas in highly urban centers are likely incapable of accessing certain transportation types.

“The mayor’s plan to reduce miles driven…is not remotely realistic,” he said in an email. “A lower percentage of residents use transit today than 10 years ago and population growth will lead to increased vehicle miles driven not decreased miles driven. Many of the other goals sound good but there are few details on how they will be achieved.”