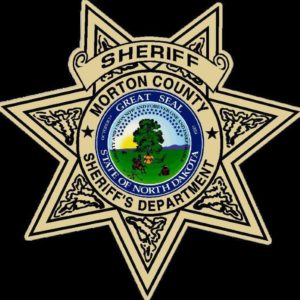 From the beginning, the activists protesting the Dakota Access Pipeline resisted police presence. For months they claimed–often very loudly–that they were a “peaceful and prayerful” movement being subjected to police brutality. They complained about crowd control tactics, the use of riot shields, and tear gas. Finally, in late November, a group of protesters filed a lawsuit against Sheriff Kyle Kirchmeier, alleging that the department used excessive force during a confrontation with protesters on Backwater Bridge. Documents detailing the harassment DAPL protesters sent Sheriff Kirchmeier have been released publicly after being used as an exhibit in the lawsuit.

The exhibit shows Facebook and Twitter messages by supporters of the protest encouraging violence against law enforcement, posting personal information about officers online, and attempting to identify officers working at the protest site.

“So IF we (Indigenous American Indians) actually BELIEVE that we have this thing called ‘Sovereignty’ then let’s actually declare this an Act of War…” wrote one supporter, who went on to urge tribe members to “issue a call to Arms, activate our Free Standing Army and TRULY make a stand.”

Another message asked if anyone was “hunting around for the perfect holiday ham,” since there are “plenty of plump, juicy pigs in Morton County.”

“Guns are coming,” wrote a William Balthrop. Other men posted pictures of themselves holding guns next to the Standing Rock reservation signs.

Frequently, the messages came from accounts listing the real names of the posters. Morton County has confirmed that law enforcement used this information to track individuals who they considered potential threats.

Kirchmeier told the Washington Free Beacon that the hostility of the protest often put officers in physical danger.

“It puts the officers working the protest activities in an unsafe situation because of the unknown, which is why we take the necessary precautions to make sure that law enforcement is protected as possible,” Kirchmeier said. “That means wearing the proper gear and having the tools necessary to combat the threats.”

In addition, the threats created an environment where police felt that they could not trust the protesters. This breakdown of trust was particularly evident in the attempts to deescalate the situation on Backwater Bridge. Although the Standing Rock tribe and the Mandan Police Department wished to reopen the bridge, protesters continued to tear down police barricades and erect their own structures on it.

Other times, the disobedience turned violent.

“With the threats towards law enforcement and us seeing items thrown at law enforcement such as burning logs, feces, hatchets, knives, spears, fence posts, and Molotov cocktails—it makes the officers go into a mode where they don’t know whether they can trust people,” the sheriff said.

When the protests started, the Morton Country Sheriff’s Department had the sort of openness common in small towns. Kirchmeier’s email address was posted on the department website and a Facebook page allowed the department to tell area residents about ongoing law enforcement programs and wish them a Happy Thanksgiving. Sadly, this attitude changed quickly as the protests grew in size.

By the fall, Kirchmeier’s email account was deleted. Shortly afterward, the Facebook page was taken down. Protesters used both to send ranting, violent, and at times threatening messages to the sheriff’s department. The tone of the protest degraded to such an extent that the FBI even questioned several protesters about domestic terrorism.

In February, the FBI visited North Dakota to attempt to talk to some of the protesters. The protesters refused to answer questions under their Fifth Amendment rights. The Bureau has not provided details on the investigation, but many suspect that it was related to fears of domestic terrorism.

Despite the new evidence of malicious intent on the part of DAPL protesters, Sen. Al Franken, a member of the Senate Committee on Indian Affairs, is asking the FBI to explain itself. Franken says he fears that the investigation hampers First Amendment rights.

“By assigning JTTF agents and officers to investigate Standing Rock protesters, I am concerned the FBI has opted to view civil rights activism through a national security lens,” Franken wrote.

“Embracing such tactics risks chilling the existence of constitutional rights and further undermining trust between federal law enforcement and our tribal nations,” the senator continues in the letter.

Back in the courtroom, however, the case against Kirchmeier is falling on less sympathetic ears. In February, a federal judge rejected the protesters’ request for an injunction, saying that their case was unlikely to succeed.

“The rights of free speech and assembly do not mean, and have never meant, that everyone who chooses to protest against the Dakota Access pipeline may do so at any time, any place, and under any set of conditions they choose in total disregard of the law,” said the judge. “To allow that to occur would result in anarchy and an end to the rule of law in civilized society.”