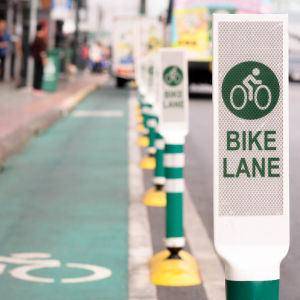 When it comes to mainstream coverage of science, one thing is abundantly clear: conservatives are frequent resisters of “settled science” in search of political gain, while liberals merely seek public policies rooted in scientific realities. At best, this is only partially true. At worst, it is, more often than not, total fiction.

Guiding this smug, liberal doctrine is an ability to ignore that what made conservatives so stupid on day one is exactly the opposite of what makes us so dumb on day two.

In the late 1970’s, “settled science” said that the world was undergoing a global cooling that appeared permanent in its existence. Mainstream news argued there was little debate in the scientific community as to this being absolute fact. Now, of course, “settled science” is the exact opposite. Glenn Kessler, the fact checker at the Washington Post, attempted to argue that this was a misrepresentation of the discussion, noting, “The science was still unsettled at the time, which allowed reporters to pick and choose the angle to emphasize.” Yet his piece did nothing more than confirm it is more than fair to say the wise, the liberal community, and the mainstream media portrayed settled science in opposite fashions at two different times.

How about ethanol? At one point, those who opposed doing everything possible to maximize the production of ethanol were nothing more than a tool of big oil. Now, the environmental community screams that spending tax dollars through ethanol subsidies to increase ethanol production not only puts our food supply in competition with our energy supply, but it is bad for the environment. At least Al Gore has had the decency to somewhat apologize for his change of position on the topic.

The point is not who is right or wrong, rather that when liberals and their supporters in the media adopt a position as being the only one a person who accepts fact could have, then totally reverse that position, it at least argues they might have been a little more circumspect in the first place.

In many urban areas there is a relentless effort to increase the use of bikes to reduce travel by car. This has often meant reducing lanes for cars to create the space for those bikes. What happens? From personal observation, the results are that cars are stuck in traffic for longer periods of time. But does this not mean that these cars are burning more fuel and emitting more pollutants?

The environment is a blackboard. It does not make distinctions between chalk applied by stupid conservative policies and ones from liberals trying to “shape behavior.” Cities favoring the bike approach have never presented a single study where the creation of bike lanes within a dense urban setting has improved things environmentally. Suddenly, the facts of science are no longer so dispositive in determining what our policy should be.

Leave aside the irony of liberals going to court to demand that any particular teaching of a theory of the history of man should be forbidden. (Isn’t that what Inherit the Wind was all about in reverse?) Why can there not be a legitimate and scientific discussion on the subject? Why can’t the first issue be what questions and hypotheses should be tested? The second discussion would be about the processes to be used to answer these questions and test the hypotheses. The third discussion would be about what results would tend to confirm or reject the validity of arguing for intelligent design. Then, if the results sided with support for there being intelligent design, there could some serious discussion about what all of this means.

The bottom line is that it is far past the time to stop pretending that liberals somehow only want to have policies based on science and facts while conservatives demand the right to stick our heads in the sand an ignore reality. Every bit as important, the mainstream media ought to start accepting the possibility that liberals spend every bit as much time as conservatives ignoring or resisting facts in preference for their agenda.