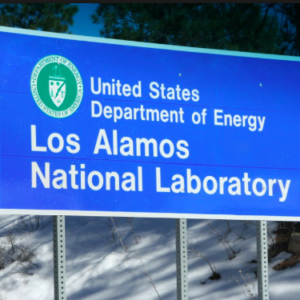 The Los Alamos National Laboratory (LANL) adds an average of $3.1 billion in spending a year into the New Mexico economy, according to a new University of New Mexico study.

Included in the $3.1 billion is laboratory payroll spending of $1.46 billion; purchases of $338.2 million in goods and services from New Mexico businesses; and $45.2 million in construction expenditures. An additional $1.21 billion in indirect spending comes from LANL’s s employees and vendors, according to the study. The study indicates Los Alamos has employees in 27 of New Mexico’s 33 counties.

“The principal channel through which LANL impacts the state economy is the household expenditures of its well-paid employees,” write the study’s authors, economists Jeffrey Mitchell and John Betak. “Fully 80 percent of LANL’s impact on the state economy was the result of household expenditures of employees and vendors. This is because money spent by LANL on salaries goods and services is spent again by their employees and vendors.”

The study analyzed payroll and procurement records and spending data for the 2016-2018 federal fiscal years. Analysts also identified more than 24,000 direct and indirect jobs supported by the lab.

“For context, jobs directly and indirectly supported by LANL are nearly equal to the total employment in the state’s manufacturing sector (26,398); wages [and] salaries exceed those of the manufacturing industry by nearly $400 million,” the study says.

“Part of being a good neighbor is bolstering the economic well-being of the communities where we live and operate,” said LANL Director Thom Mason. “This report underlines our role as a major employer, including the creation of good paying high-tech jobs, a strong contributor to the local economy, and a supporter of New Mexico businesses.”

“In addition, LANL is committed to strengthening the northern New Mexico region through economic development and educational program initiatives,” the report says. “LANL facilitates opportunities for former and current employees to volunteer in the community. Since 2006, 1.8 million volunteer hours of non-profit service have been logged.”

Los Alamos started as a clandestine city in northern New Mexico as part of the Manhattan Project to develop the first atomic bomb. It has since grown into a massive complex. The laboratory currently has close to 1,400 job openings, many to replace workers who are retiring. The workforce includes more than 14,750 employees and contractors.

“The LANL analysis shows how important it is to retain and attract high-paying jobs to New Mexico,” said Cabinet Secretary Alicia J. Keyes of the Economic Development Department. “The salary and spending from employees at the federal laboratories creates thousands of other jobs at businesses across the state and those incomes help families build stability and wealth.”

In the coming year, LANL plans to further strengthen its economic impact on the region by stimulating new business growth, strengthening existing companies, creating jobs and supporting a diverse economy in northern New Mexico’s communities, according to the laboratory.