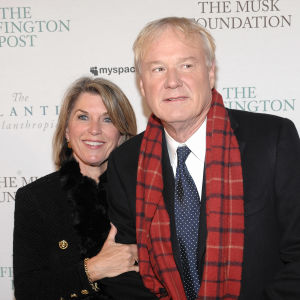 She may be married to MSNBC’s Chris Matthews, one of the most iconic cable news pundits in America, but Maryland congressional candidate Kathleen Matthews thinks it’s “offensive” to insinuate that she’s a “talking head” herself.

The former Marriott International executive and WJLA-TV anchor made that much clear in an open letter Thursday to David Trone, one of her Democratic primary opponents in the race for Maryland’s 8th congressional district. She was taking umbrage at Trone’s latest full-page ad in the Washington Post, in which he referred to her as “a local media celebrity.”

“The insinuation,” Matthews wrote in her letter, “is that I am a ‘talking head.’ I find this offensive.”

She went on to argue that “media celebrity” is “a derogatory term” not befitting of  “an advocate for people in the Washington metropolitan region, where I covered education, gun violence, families facing terminal illness, the crash of Air Florida, and 9-11.”

“I have moderated congressional debates,” Matthews wrote, “interviewed presidents, presidential candidates, experts on terrorism and the economy, and yes, politicians like you running for local office.”

To give the office-seeker her due, there’s no question “local media celebrity” is classic negative spin, and Matthews certainly did more for WJLA than sit in a television studio and talk.

But sitting and talking is precisely what her husband does do as host of “Hardball,” so it’s a tad ironic to see Matthews, of all people, running from the term “talking head,” especially since — it must be said — Trone never once used it to describe her.

InsideSources emailed Matthews spokesman Ethan Susseles about this irony, asking what, if anything, his candidate has against the professional defined as “a person who gives information or opinions on a television show and whose head and shoulders are shown on the television screen.”

Perhaps understandably, he didn’t respond to the request for comment.