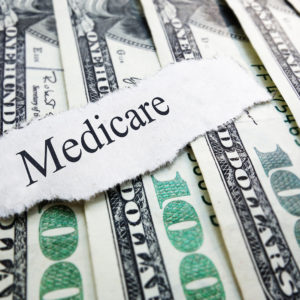 Normally, my writing focuses on technological and structural innovation in health care — factors that can bring better health to more people at lower cost. But with the 2018 and 2020 elections approaching, single-payer health insurance is back on America’s front burner — especially the “Medicare for All” (M4A) bill proposed by Senator Bernie Sanders of Vermont.

M4A would make the federal government the sole health care payer in America. Private insurance would vanish. Enrollees in other programs (including Medicaid and present-day Medicare) would be folded into a brand-new insurance plan. M4A would eliminate virtually all deductibles and co-pays and add dental, hearing and vision care to the mix.

Here are some questions I’m often asked. My answers are accompanied by titles of related articles I’ve written. For more details, Google those titles and read the articles.

Answer: An attorney/friend, arguing for single-payer, summarized that logic: Health care can be life-and-death. Decisions are stressful. Options are beyond laypeople’s comprehension. Fairness demands rich and poor alike have equivalent access to assistance. Therefore, governments should set prices, define “fair” distribution, and relieve patients of complex decision-making. In “If Single-Payer Makes Sense for Doctors, It Makes Sense for Lawyers,” I argued that the same logic could apply to legal services. Yet to my knowledge, no one demands a single-payer legal system.

Q: America spends more on care than any other country. Isn’t that because we’re the only country lacking a single-payer system?

A: We do spend more, but largely for reasons having little to do with health insurance. My “Medicare for All—A Non-Solution to a Non-Problem” and “Maybe We’re Not in a Health Care Crisis?” attribute our high spending to two factors. First, Americans have a low saving rate and consume heavily. Second, Americans have far more accumulated wealth than Europeans or Canadians, and we buy things with that wealth. Thus, we spend more on practically everything — not just health care. This may be a problem, but not one that health insurance reform will fix.

A: As I note in “Single-Payer — Dream, Nightmare or Status Quo?,” that canard largely derives from the discredited 2000 country rankings from the World Health Organization. Its comparisons relied on shoddy data, apples-to-oranges comparisons, and ideologically stilted metrics. American health care has loads of problems, but the WHO rankings are nonsense.

Q: Didn’t your colleague Charles Blahous recently say (in “The Costs of a National Single-payer Healthcare System)” that M4A would lower health care spending by $2.1 trillion over 10 years?

A: Absolutely not. In “No, Medicare for All Won’t Lower Health-Care Costs,” I explain that the $2.1 trillion figure is merely Blahous’ estimate of how spending would drop if — and only if — all of Bernie Sanders’ predictions about M4A came true. Then, Blahous repeatedly explains why that’s highly unlikely. In “Biking with Bernie: The Illusory Savings of ‘Medicare for All’,” I add that those interpreting Blahous’ number as a “prediction” lack not only an understanding of economics but also of English grammar.

Q: Blahous said M4A would increase federal spending by at least $32.6 trillion over 10 years. Isn’t that a high estimate?

A: In “Medicare for All: Explaining the Math,” I note that this figure is consistent with other estimates — including an exhaustive 2016 paper by the left-of-center Urban Institute and the budget analysts who persuaded Vermont and California to abandon their plans for state-level single-payer. I provide simple math to show why it’s virtually impossible to arrive at a much lower figure and why M4A would demand unprecedented tax increases.

Q: But would those tax increases really matter, given that individuals and businesses would no longer pay insurance premiums or out-of-pocket medical expenses?

A: The tax increases would matter enormously. In “Medicare for All: Taxes and Tradeoffs,” I expand on an argument made by budget expert Marc Goldwein. As he noted, the structure of such taxes would almost certainly differ radically from the structure of today’s insurance premiums and out-of-pocket costs. Assuming so, the tax structure would depress economic output and growth — more than enough to drown any savings on health care costs.