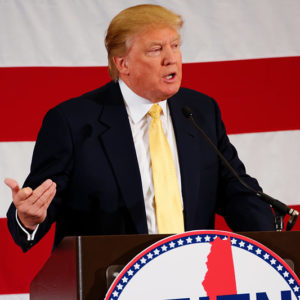 Nearly three out of every five New Hampshire Trump voters believe President Trump won the 2020 election, according to a new poll released by the University of New Hampshire Tuesday. Trump, who earned almost 20,000 more votes in 2020 than in 2016, lost New Hampshire by nearly 60,000 votes to Joe Biden. But 59 percent of Trump voters say they believe the president actually won re-election, despite the official findings.

President Trump is pursuing every legal process available to him, challenging results in Georgia, Michigan, Wisconsin, Pennsylvania, Nevada, and Arizona. As that process moves on, the GSA opened funding to the Biden transition team, and the intelligence community will begin providing Biden with the daily security briefing.

Tuesday morning the president tweeted that he is “working hard to clean up the stench of the 2020 Election Hoax!”

And Tuesday night former GOP Secretary of Education Bill Bennett told Fox News “I believe this election was stolen. I won’t keep saying it, but I will keep believing it, and it had a lot to do with these absentee ballots.” 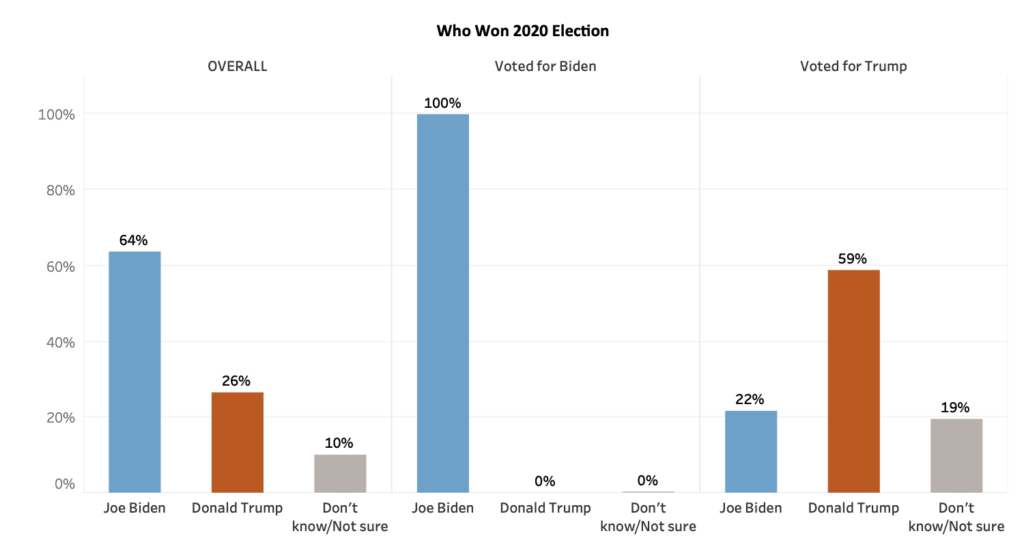 From the Granite State Panel conducted by the UNH Survey Center.

However, conservative news outlets like National Review and the Wall Street Journal have looked at the claims in depth and found no evidence of the sort of widespread fraud required to steal the election from President Trump.

Horn was against Trump from early on in his 2016 run. “There is no evidence whatsoever that any widespread voter fraud took place,” she says.

“To suggest otherwise is a direct assault on democracy itself,” Horn added.

“The belief President Trump won a second term is largely based on messaging from the top,” Chris Ager, Republican National Committeeman for New Hampshire, tells NHJournal.

Ager says he believes New Hampshire’s election day results, but that he’s “seen some concerning irregularities in results across the country.”

“I believe those discrepancies need to be reconciled before we call this over,” he says. Ager is currently in Wisconsin aiding with the statewide recount. Biden led the vote tally by more than 20,000 prior to the recount. However, independent elections watchdog Karen McKim, who tracks how the state conducts elections and posts on the website WisconsinElectionIntegrity.org, told InsideSources that the Badger State’s election system has serious flaws. She gives the state a “C” overall.

Meanwhile, Ager says “the normal process is playing out” regarding the transition to a Biden presidency. “We’ve seen enough states certify their results that he’s legally entitled to the transition process.

“The president’s legal challenges and recounts will continue, but the normal transition process has to move forward,” he says.

Almost two-thirds of New Hampshire Republicans support yet another Trump run for president in 2024 in the Granite State Poll.

“I can’t think of any good reason he shouldn’t,” says Chris Ager. “He has enacted a lot of great policy for the country.”

Ager was an early Trump supporter in 2016 and he went on to defeat RNC Committeeman Steve Duprey in January 2020 – running as an open ally of the president.

“In any Republican primary, I have to be neutral now,” Ager tells NHJournal. “I support our president, I support what he’s done, but in campaign season I’m neutral and open to all candidates.”

Sixty-four percent of polled Republicans said they support a third Trump run in 2024, according to the poll. In another Tuesday poll released by Morning Consult, Trump led potential 2024 candidates with 53 percent of registered voters that responded. Vice President Mike Pence came in second, polling at 12 percent.