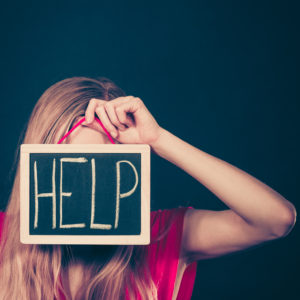 In the wake of the shocking suicides of celebrities like Anthony Bourdain and Kate Spade comes word that suicide rates are rising across the US.  According to new data from the CDC, suicide rates rose in every state except Nevada.  And one of the states with the highest increase in suicide deaths is New Hampshire.

According to the CDC, New Hampshire’s suicide rate jumped 48.3 percent from 1999 to 2016–the third-highest increase in the U.S.  Suicide is the second leading cause of death for young people in New Hampshire and eighth overall.

“Suicide rates in the United States have risen nearly 30% since 1999, and mental health conditions are one of several factors contributing to suicide,” the CDC report says. “Examining state-level trends in suicide and the multiple circumstances contributing to it can inform comprehensive state suicide prevention planning.”

According to the Washington Post, “the CDC has calculated that suicides from opioid overdoses nearly doubled between 1999 and 2014, and data from a 2014 national survey showed that individuals addicted to prescription opioids had a 40 percent to 60 percent higher risk of suicidal ideation. Habitual users of opioids were twice as likely to attempt suicide as people who did not use them.”

Will suicide become the “opioid addiction” of the next political cycle? President Trump, who focused on the opioid epidemic before any other national politician during the 2016 campaign, has already begun talking about suicide–particularly among veterans. But the issue is rarely mentioned in either the the New Hampshire governor’s race or the campaigns for New Hampshire’s two  congressional seats.

That may all change soon.