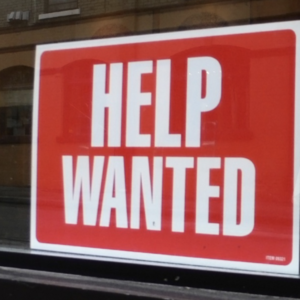 New Hampshire’s preliminary seasonally adjusted unemployment rate for August was 6.5 percent, down from 8 percent the month before — a nearly 20 percent decline month to month. That’s good news for Gov. Chris Sununu less than 50 days before the election, and it can’t hurt President Trump in New Hampshire, either.

“Seasonally adjusted estimates for August 2020 placed the number of employed residents at 689,750,” New Hampshire Employment Security reported Tuesday. That’s a huge increase from April when the number of working Granite Staters fell to 590,890 and the unadjusted unemployment number hit 17.2 percent.

That’s a 17 percent increase in the workforce from the worst days of the COVID-19 pandemic. It’s also significantly lower than the national unemployment rate of 8.4 percent.

“Thanks to our measured approach, New Hampshire has been able to reopen safely and responsibly, ensuring that businesses across the Granite State can remain open,” Gov. Chris Sununu said in a statement. “Throughout the COVID-19 pandemic, we have made millions available in relief aid to assist businesses and individuals — from the Main Street Relief Fund, Self-Employed Livelihood Fund, to expanded unemployment benefits.

“Today’s labor report shows that our approach has paid off, and New Hampshire remains on track to returning to the historic economic highs we enjoyed prior to the onset of COVID-19.”

Just before Labor Day, NHES Deputy Commissioner Richard Lavers told NHJournal the Granite State was outpacing the U.S. when it comes to recovering from the impact of the lockdowns.

Recent polls show that, after months of dismal numbers, President Trump may be competitive in the Granite State and voters say they trust him on the economy more than former Vice President Joe Biden. A late economic boom in the weeks before November’s election is likely to benefit the incumbent president.

“New Hampshire’s jobs recovery after the initial emergency closures is a case study in why a national lockdown is a terrible idea,” says Andrew Cline, executive director of the Josiah Bartlett Center for Public Policy. “New Hampshire has managed to reopen broadly, bringing almost 100,000 people back to work, without spiking hospitalization or death counts.

“In fact, hospitalizations and deaths from COVID-19 continue to decline into the first half of September. Our economy and people shouldn’t be punished because of national averages or spikes in other places, which is what would happen if the federal government tried to impose a one-size-fits-all policy from Washington.”