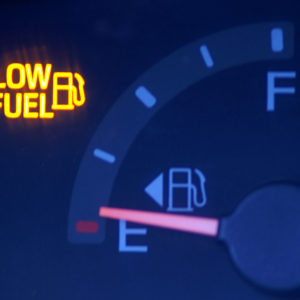 Lujan Grisham’s proposal would apply to vehicles manufactured starting in model year 2022 sold in the state and would increase the average fuel economy to 52 mpg — as opposed to 37 mpg under the proposed federal rollbacks. New Mexico would join 14 other states in adopting their own clean car standards.

“While President Trump threatens to rob New Mexico and indeed all states of a valuable tool for combating air pollution and decreasing greenhouse gas emissions, New Mexico will stand up and deliver on our commitment to environmental leadership.”

However, Carla Sonntag, president and founder of the New Mexico Business Coalition notes that most New Mexicans drive pickup trucks and other vehicles that could not meet the governor’s proposed standards.

“This is a devastating policy decision for the state of New Mexico. Without a nationwide policy to follow, it isolates New Mexico and other states adopting their own standards,” Sonntag told InsideSources. “As the New Mexico affiliate for the National Association of Manufacturing, it would also be a disrupter to vehicle manufacturing.

“The likely impact of not following a federal standard would be few, if any, vehicles that meet New Mexico requirements,” she said. “This could force vehicle purchasers to buy vehicles outside of New Mexico, hurting our auto dealer businesses and our economy while unnecessarily driving up the cost to consumers.”

New Mexico’s move coincides with California’s battle with the federal government — the Environmental Protection Agency recently revoked the state’s authority to set its own vehicle emissions standards under the Clean Air Act.

California was joined by 23 states — and D.C. — in mounting a court challenge to the Trump administration’s decision to revoke the state’s right to set pollution limits on cars and light trucks. California’s current clean car standard has a target of 51 mpg by 2025.

According to New Mexico Environment Secretary James Kenney, transportation is the second-highest source of greenhouse gas emissions in the state after oil and natural gas production.

“In addition to a regulatory approach, we will complement our regulatory structure with incentives — like building infrastructure for electric vehicles and increasing the number of electric vehicles in state fleets,” Kenney said in a statement. “We are not waiting for the courts to prove the federal government is wrong in blocking states from adopting more protective vehicle emission standards. We are moving forward because it is the right thing to do for public health, the environment, car manufacturers and consumers.”

Larry Behrens, west coast director for Power the Future, a pro-energy group, was vehement in his criticism of the governor’s plan.

“This unilateral decision by the governor will likely raise the cost of buying a car in New Mexico by an average of $2,700,” he told InsideSources. “If Governor Lujan Grisham is so worried about impressing billionaires like Michael Bloomberg, she should use her own money to do it instead of forcing New Mexico’s families to foot the bill.”

Bloomberg has ties to the U.S. Climate Alliance.