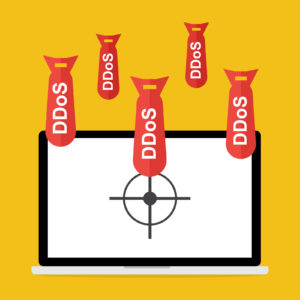 Posted to Technology May 09, 2017 by Giuseppe Macri

Proponents of net neutrality are skeptical of the Federal Communications Commission’s claim multiple cyberattacks brought down the FCC website instead of a flood of comments from comedian John Oliver’s latest segment on net neutrality.

At the end of Sunday night’s episode of HBO’s ‘Last Week Tonight’ host John Oliver called on internet users to inundate the FCC with comments in support of net neutrality rules the agency is planning to scale back. Shortly after it was widely reported there was such an uptick in comments it crashed the agency’s Electronic Comment Filing System, the same thing that happened after Oliver’s first segment on the issue in 2014.

Net neutrality supporters said the crash, which was still slowing the website down into Monday, signaled overwhelming support for the rules.

“Last night John Oliver broke the FCC’s website … again,” Free Press, an independent pro-net neutrality group and First Amendment group, said Monday. “The comedian spent the bulk of his show on Net Neutrality — and laid into FCC Chairman Ajit Pai for his plan to destroy the open internet. Seconds after Oliver urged viewers to file comments and oppose Pai’s plan, the FCC’s website crashed — just like it did the first time he talked about the issue back in 2014.”

But the FCC came out with a different explanation Monday afternoon, saying the comment filing system was the target of multiple Distributed Denial of Service (DDoS) attacks — when hackers flood a website with traffic from a network of compromised computers, or botnet, with the goal of overloading servers with more traffic than they can sustain and crashing the site.

“These were deliberate attempts by external actors to bombard the FCC’s comment system with a high amount of traffic to our commercial cloud host,” FCC CIO David Bray said. “These actors were not attempting to file comments themselves; rather they made it difficult for legitimate commenters to access and file with the FCC.”

He said the system “remained up and running the entire time,” but the attacks “tied up the servers and prevented them from responding to people attempting to submit comments.”

But Fight for the Future, another net neutrality and digital advocacy group, is crying foul, and described the agency’s explanation as either a case of carefully nuanced wording, an outright falsehood or a scheme concocted by the broadband industry.

“The FCC’s statement today raises a lot of questions, and the agency should act immediately to ensure that voices of the public are not being silenced as it considers a move that would affect every single person that uses the internet,” Evan Greer, the group’s campaign director, said Monday.

Greer said the agency is either being “intentionally misleading” by claiming the surge in traffic was a cyberattack “in order to let themselves off the hook for essentially silencing large numbers of people by not having a properly functioning site to receive comments from the public about an important issue,” or “Someone actually did DDoS the FCC’s site at the exact same time as John Oliver’s segment, in order to actively prevent people from commenting in support of keeping the Title II net neutrality rules that millions of people fought for in 2015.”

“Given Ajit Pai’s open hostility toward net neutrality, and the telecom industry’s long history of astroturfing and paying shady organizations to do their dirty work, either of these scenarios should be concerning for anyone who cares about government transparency, free speech, and the future of the internet,” Greer said.

Fight for the Future said the FCC should release its server logs to an independent cybersecurity analyst or a major news outlet to “verify exactly what happened” Sunday night.

Either action would likely violate federal information security laws without special permission, and any investigation would probably be taken up by the Department of Homeland Security or the FBI, at the FCC’s request, making the group’s demands unlikely to be fulfilled.

Fight for the Future’s hypothetical scenarios seem equally unlikely. It’s a stretch to speculate internet service providers have illegal malicious cyber tools at the ready for just such an event, and even more so to suggest they had reason to believe Oliver would deliver a second episode on the issue they had advance notice of somehow.

The Obama administration’s Democrat-led FCC said the same thing happened in June 2014 after Oliver’s first segment on net neutrality, and a senior FCC official in Pai’s office confirmed to reporters during a conference call in April that the system has been the target of malicious traffic in the past, and that despite upgrades, it could still crash if too many users attempt to file comments at the same time.

During the same call, the staffer explained the FCC won’t be basing its decision on the number of comments filed for or against the plan, but whether their arguments and data are factual and have sound legal backing.

“It’s not a counting procedure where you decide which side placed more comments in the record and that side wins,” the senior staff member said. “That is not the way the Administrative Procedure Act works.”

The FCC’s website listed the number of comments on the “Restoring Internet Freedom” order at almost 185,000 Tuesday morning, and climbed to almost 500,000 at the time of this writing.