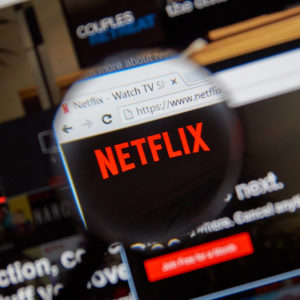 Netflix will join a day of protest in July against the Trump administration’s plan to roll back net neutrality rules, after months of noncommittal support for the open internet regulations it lobbied heavily for just a few short years — and tens of millions of subscribers — ago.

In a tweet Thursday Netflix said it “will never outgrow the fight for #NetNeutrality. Everyone deserves an open Internet.” The company included a link to a protest campaign website established to organize a day of action on July 12 opposing the newly Republican-controlled FCC’s plan to scale back the rules.

“The FCC wants to destroy net neutrality and give big cable companies control over what we see and do online,” the “Battle for the Net” campaign website reads. “If they get their way, they’ll allow widespread throttling, blocking, censorship, and extra fees. On July 12th, the Internet will come together to stop them.”

The site doesn’t specifically detail how participants will take action, but says it will “provide tools for everyone to make it super easy for your followers / visitors to take action.” Other participants listed in the site include fellow video streaming providers like Amazon, consumer advocacy groups such as the Electronic Frontier Foundation, and Silicon Valley startup and investment hubs including Y Combinator.

Netflix’s participation comes after CEO Reed Hastings said in May that net neutrality is not the company’s “primary battle at this point.”

While Hastings told the Code Conference in California the issue is “incredibly important,” he added its not it’s “not narrowly important” to Netflix “because we’re big enough to get the deals we want.”

“We had to carry the water when we were growing up and we were small,” Hastings continued, “and now other companies need to be on that leading edge.”

The rhetoric marked a significant departure for Netflix, which served as the poster child for net neutrality leading up to the open internet order’s passage in 2015. Before that Netflix had to broker deals with AT&T, Comcast, Verizon, and other major internet service providers (ISPs) to ensure its bandwidth-heavy content was delivered to subscribers without download issues (though the company later admitted to throttling video itself in some instances).

Such paid prioritization deals are banned by the rules the FCC passed in 2015, as is web traffic blocking and throttling. Now the Trump administration’s plan has put the future of those rules in doubt.

Since 2015, Netflix’s subscribership has grown by 20 million, and supporting the rules may be more of a public relations necessity than a financial one for Netflix. The company’s quiet reluctance to re-enter the fray on the scale it did before was noticeable, especially after executives came out and essentially said Netflix’s position with ISPs is more solvent than a few years ago. As a result, Netflix said, ISPs wouldn’t risk upsetting their subscribers by trying to undermine Netflix’s increasingly popular service with slow downloads.

“Weakening of U.S. net neutrality laws, should that occur, is unlikely to materially affect our domestic margins or service quality because we are now popular enough with consumers to keep our relationships with ISPs stable,” Netflix wrote in a letter to shareholders in January, before President Donald Trump even took office.

Netflix’s position fed into broadband industry and conservative regulators’ claims the net neutrality movement at large had been co-opted by edge providers like Netflix, Amazon, and Hulu to avoid paying more to ISPs for using up an outsized portion of their bandwidth (in Netflix’s case, that can be as much as 30 percent during peak hours).

“The rules favored by net neutrality advocates would ban or restrict payments from one type of business – ‘edge providers’ – to another type of business – broadband ISPs – while placing no limits on what ISPs charge consumers,” Jeff Eisenach, a member of Trump’s FCC transition team, told Congress in 2014. “It is easy to see why edge providers like Netflix would lobby for such rules, but difficult to understand how they would benefit consumers or serve the public interest.”