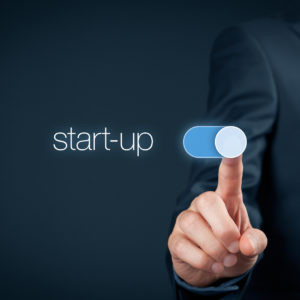 Hundreds of tech startups joined together this week to fight the new Republican-controlled Federal Communications Commission’s net neutrality repeal, but one of the former leading voices in supporting net neutrality, Netflix, has been notably silent on the potential rollback.

Companies quoted Pai himself during a recent trip through the U.S. to visit startups and entrepreneurs, during which he “noted that ‘high-speed internet access, or broadband, is giving rise to what I have called the democratization of entrepreneurship. With a powerful plan and a digital connection, you can raise capital, start a business, immediately reach a worldwide customer base, and disrupt an entire industry.'”

“But the success of America’s startup ecosystem depends on more than improved broadband speeds,” they wrote to the chairman. “We also depend on an open internet — including enforceable net neutrality rules that ensure big cable companies can’t discriminate against people like us. We’re deeply concerned with your intention to undo the existing legal framework.”

Pai and some economists have made the case that the FCC’s heavy-handed implementation of net neutrality led to decreased investment in broadband.

Earlier this week, Pai laid out the first draft of his plan, starting with a repeal of broadband’s reclassification as a common carrier service (subjecting it to regulations used to break up telephone monopolies) and throwing out the internet conduct standard, which the FCC used to go after selective free data programs from large internet service providers (ISPs). The agency described such zero-rating practices and discriminatory and harmful to startups.

The plan seeks public comment on what to do with the core net neutrality rules that bar ISPs from blocking or throttling web traffic, or from charging high-bandwidth edge providers like Netflix more money to prioritize their web traffic. Many of the questions the FCC lays out in the order suggest the FCC questions the need for the rules at all.

It goes on to speculate if practices like paid prioritization should be allowed in certain circumstances to make sure data flowing to and from medical monitoring devices, for example, isn’t bogged down or congested because agency rules dictate it can’t be treated any differently than video streaming data (it’s worth noting the order Pai is dismantling included an exception for things like medical devices).

“Without net neutrality, the incumbents who provide access to the internet would be able to pick winners or losers in the market,” startups wrote. “They could impede traffic from our services in order to favor their own services or established competitors. Or they could impose new tolls on us, inhibiting consumer choice.”

Mozilla described the plan as “saddening, maddening and unacceptable,” but not a surprise. “This proposal,” the company went on, “is nothing more than a repetition of the same old ideas discussed by opponents of net neutrality over the past few years.”

President of Y Combinator Sam Altman told CNBC Thursday the move will “decimate startups” and set off “a slow erosion.”

“But I think we’ve seen this in many other industries — where at some point the incumbents get very powerful, lobby to get laws passed to protect themselves, and then this regulation prevents new start-ups and new innovation,” he said.

“Like big companies — be it Google, be it even Apple, I always favor the small one and net neutrality kind of ensures the big guys will have a route in,” Wozniak said. “Look who our president is going to look to for advice and the advice he’s going to get is ‘let us rule, let us rule the internet and let us have lower taxes’ and that just fights against the little guy.”

As Bloomberg recently noted, one of those big companies, and former poster child for net neutrality, has been absent from the reignited debate.

“Netflix declined to comment on Pai’s speech,” the report notes. “But its executives were notably sanguine when they checked in with their shareholders two days before Trump’s inauguration. The company said weaker net neutrality laws would be unlikely to ‘materially affect’ its profit margins in the U.S. Netflix said it’s now popular enough that internet service providers wouldn’t risk dropping it.”

A group of internet voice startups argued earlier this week it isn’t ISPs that pose a threat to their businesses, but edge providers like Netflix that act as “free riders” by using as much as 30 percent of network bandwidth during peak hours.

“The idea that somehow Netflix requires protection is kind of backwards relative to a company like Ooma,” Toby Farrand, vice president of engineering and operation for VoIP provider Ooma, said. “A couple years ago when they released ‘House of Cards’ season 2 or 3, it created problems for our customers. We traced it. We know exactly where the routers were that were causing the problems.”