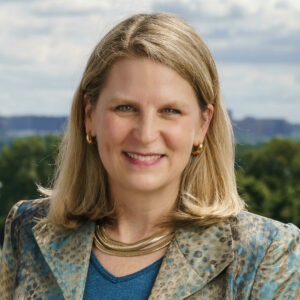 New AFL-CIO Leadership Should Orient to Worker Recruitment Strategies, Not Politics and Laws

The American labor union movement has a unique opportunity to choose a leader to transform unions into dynamic, responsive representation that will attract new members. The AFL-CIO’s pick of Liz Shuler to replace its late President Richard Trumka, who passed away suddenly last month, may seem at first like a break from the past but, unfortunately, it is more of a continuation of the status quo. That’s a problem because Trumka’s tenure saw the unionized workforce in the U.S. shrink from 12.3 percent of the private sector workforce when he took over a decade ago to 10.8 percent now.

Shuler is the first woman ever to run the federation, capping a meteoric rise that began with organizing clerical workers as part of the International Brotherhood of Electrical Workers and now taking on the movement’s top leadership position at the relatively young age of 51.

“I am humbled, honored, and ready to guide this federation forward. I believe in my bones the labor movement is the single greatest organized force for progress,” Shuler tweeted. She vowed to “lead societal transformations—at work, in our unions and in our economy” and to promote help “new ideas that will unleash unprecedented union growth.”

Time will tell, but her past actions do not signal change. She became part of the AFL-CIO’s leadership in 2009, the same year Trumka became president. As secretary-treasurer, Shuler was the AFL-CIO’s number two official and an indefatigable supporter of Trumka throughout his tenure. It was widely rumored in the last years of his life that Trumka was looking to retire and planned to anoint Shuler as his successor.

She was the person who oversaw the federation’s finances during this period. That included a remarkable scaling back in the federation’s devotion to ground-level organizing – i.e. convincing new batches of workers to certify union representation. An internal AFL-CIO budget document for fiscal year 2019 leaked to the news site Splinter revealed that only about 10 percent of the federation’s funds went to organizing efforts, reversing a pledge by Trumka’s predecessor John Sweeney to devote 30 percent of resources to organizing. Trumka redirected the funds so that more than a third of the overall budget went instead to funding political activities.

This isn’t surprising to anyone who has followed Trumka’s leadership. While he often talked of the importance of organizing, he viewed political activism as the labor movement’s real salvation. He poured an enormous amount of resources – nearly $1 billion worth of members’ dues during his tenure — into the hope of getting a Congress and a White House that would rewrite workplace laws to push people into joining unions, such as the Employee Free Choice Act during the Obama administration, which would have mostly eliminated secret ballot workplace elections. More recently, he led the movement to focus on passing the Protecting the Right to Organize (PRO) Act, which would eliminate the right of workers in 27 states to abstain from joining a union, among other changes.

Trumka was fond of claiming that 60 million workers were eager to join unions, but his continued advocacy of these top-down legal fixes contradicted this. If workers were so interested in joining unions, then why was it necessary to, for example, use card check to take away their ability to vote? Surely they would just vote for unions on their own. And why get rid of right-to-work laws, since all they do is ensure that joining a union is the worker’s choice?

The answer is that most workers don’t see unions as relevant, a fact Shuler conceded in a podcast interview last year with Cornell’s School for Industrial and Labor Relations. “They see us as, you know, an institution like the government or even companies… storied organizations that don’t really relate to them.”

Shuler nevertheless remained on board with Trumka’s politics-first direction. “The House has passed the #PROAct! We are one step closer to reforming our woefully outdated labor laws to meet the needs of 21st-century workers. The PRO Act makes it easier to form unions, without fear, in new industries like Big Tech & more,” she tweeted in March, then pinned the message to the top of her Twitter account.

Her analysis of federal minimum wage politics has been similarly revealing. She told the Cornell podcast she backed labor’s push for a $15 federal minimum rate but conceded that wasn’t getting any traction. “We had to go to the state level because of the inaction at the federal level and quite frankly not a lot is getting done in Washington, D.C. States have become the place where action happens.” Well, if local-level activism is the only thing that shows promise, then why waste resources at the federal level like the AFL-CIO has been doing so robustly?

For that matter, why are unions trying to raise the minimum wage in the first place? Shuler told Cornell that hikes help existing unions during contract negotiations because members can then bid up their wages to stay above the increase. That may be true for those unions, but a minimum wage hike also undermines the main attraction of joining a union in the first place: getting higher wages than a worker would get otherwise. “If we raise the floor, the disparity between union and non-union isn’t as extreme,” Shuler noted. Just so. So why follow an ultimately self-defeating strategy?

An anonymous labor leader conceded to Politico recently that even the PRO Act was “not sufficient” to reverse labor’s decline, noting, “We really have to take a hard look at ourselves and see what else it is that we need to do to grow this movement.” Very little in Shuler’s history suggests she is ready to do that, unfortunately for union members.