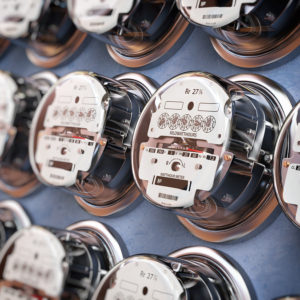 Granite Staters could think twice about turning on that air conditioner or how they set their thermostat this winter.

That’s because the state pays the fourth-highest energy costs in the country, according to a new WalletHub report. And the report hits at the perfect time, too.

“The highest energy consumption of the year is recorded in July, followed by August,” according to the U.S. Energy Information Administration.

Energy costs are a huge part of the bills we pay. For example, they eat up between 5 percent and 22 percent of the average families’ total after-tax income, with the poorest 25 percent of American households paying the most, WalletHub reports.

And the region where Americans pay the most is New England.

Massachusetts is next, followed by Rhode Island and then New Hampshire, where residents pay $329 a month on total energy costs, and the second-highest price for home heating. Only Maine pays more per month.

Why are energy costs in New England so high?

In Louisiana, it’s less than 10 cents.

“The primary cause [of higher costs] is geography. Fossil energy is not distributed evenly across the U.S., nor is refining capacity,” says Eric Smith, associate director of Tulane University’s Energy Institute.

“It is no surprise that New England states continue to lead the nation in energy costs with five of the top six most expensive states from the region,” according to Marc Brown, president of the New England Ratepayers Association. “Despite claims to the contrary, the tens of billions of dollars spent on programs purported to lower costs have done no such thing.”

Brown argues that the problem of high rates is one of supply. He says opposition to “gas pipeline and expansion and large-scale hydro imports” are why New Englanders dig deep.

But supporters of Joe Biden’s energy policy — unveiled in a speech on Tuesday — say what’s needed is more government commitment to clean energy sources. Some of these would be funded by taxpayers’ dollars in government corporations. Others would come through tax breaks to companies in the private sector that used these new technologies, according to a Biden supporter.

“We are at a tipping point in both our nation’s history and for the trajectory of our planet, and we are going to need to rebuild our country,” says Tom Steyer, co-chairman of Biden’s Climate Engagement Advisory Council.

“The vision that the Vice President has laid out shows that he completely understands that we have to transition to a clean energy economy, that we have to center environmental justice, that we have to rebuild our country’s infrastructure,” he said of the Biden plan, entitled “Build Back Better.”

Steyer said the plan “must do it in a way that creates opportunity for millions of Americans. Rebuilding our country in a just, green, and forward-thinking way will touch every single sector of our economy. We need a president who is committed to and understands the urgency of this moment.”

The moment may be urgent, but it’s also expensive.

While Biden has declined to commit to the Green New Deal, his Democratic allies support much of it, including bans on new pipelines and an end to fracking. This policy keeps natural gas out of New England, leaving more families reliant on expensive — and environmentally unfriendly — heating oil in the winters.

“Where we live and how much energy we use are a big part of the equation,” the WalletHub report said. “While commercial electricity use has declined in 2020 due to business closures during lockdowns, residential electricity use has actually increased, which means many people will be forking over larger checks to their power companies.”