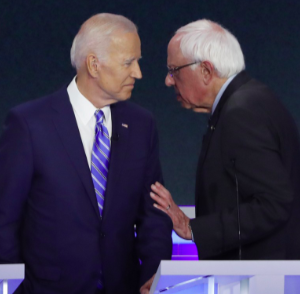 “The Democratic Party’s civil war is on display,” says political analyst Bruce Mehlman. Mehlman has a popular slide presentation on the future of American politics, and he sees Democrats engaged in a battle between “Woke-pocalypse Now” and “Return of the Moderate.”

And if you’re looking for the front lines of that fight, come to New Hampshire. 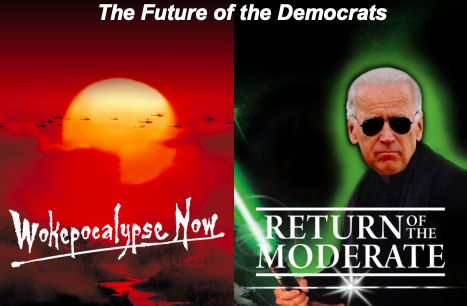 While progressives have taken power in deep blue states like Massachusetts and moderates are winning swing districts in Pennsylvania and Minnesota, New Hampshire’s Democrats have a deep split that reflects the ongoing national debate over the future of their party. It should be no surprise given that Granite State Democrats backed Hillary Clinton over progressive Barack Obama in 2008, then flipped to support Bernie Sanders over Hillary in 2016.

Now a new Suffolk poll of New Hampshire Democrats shows primary voters torn by political crosscurrents.  They want a candidate who backs progressive policies, but they really want one who can beat Trump. And if the party’s eventual nominee can’t resolve this tension, it’s possible Democrats could see a repeat of 2016 when enough of their voters abandoned their nominee to hand the election to Donald Trump.

The Democrats divide is clearly seen in the topline of the Suffolk poll, where former Vice President Joe Biden’s at 21 percent support thanks to self-identified moderate and conservative Democrats; while Sens. Bernie Sanders and Elizabeth Warren are at 17 and 14 percent respectively with the aid of the party’s left flank.

“When you look at the priorities of the Biden supporters, it’s easy to see why he’s in the lead,” Suffolk University Director of Polling David Paleologos told NHJournal. “He’s winning 2-to-1 among moderates; among people who say defeating Trump is more important than their personal political values; among voters over 65; and among union households.”

Meanwhile, Sanders and Warren have a combined 31 percent of state’s Democratic vote, overwhelmingly from self-identified “liberal” and “very liberal” voters. Combined, they make up 45 percent of the primary electorate, which is why progressive policies poll so well inside the party. Among them:

And among Granite State Democrats who support Medicare For All, 60 percent support the even more aggressive proposal of replacing all private insurance with a single government plan.

Not only do independents and Republicans overwhelmingly oppose these policies, they’re not particularly popular among more moderate Democrats either.  This is the divide that could cost Democrats the White House.

“It’s hard to overstate how much the Democrats we surveyed want to defeat Trump,” Paleologos said. “We didn’t have a ‘dump Trump’ choice in our original list of top reasons for backing a candidate. But so many respondents volunteered it, we added one.”

At the same time, Paleologos notes, about one out of five New Hampshire Democrats say that if their preferred candidate isn’t the nominee, they’re not sure they’ll stick with the Democrats in November. This was particularly true of Democrats backing anti-Establishment candidates like Bernie Sanders and Hawaii Rep. Tulsi Gabbard.

“With a candidate like Gabbard, we’re talking about a very small slice of the pie. At the same time, we saw the major role that third-party voting played in an extremely close election in 2016,” Paleologos said. “And it appears there are some progressives who are loyal to the party, while others are more loyal to Bernie Sanders.”

So why not just nominate Bernie? Because about 10 percent of Biden’s voters say they’ll either stay home or vote Donald Trump if he’s not the nominee.

It’s possible that anti-Trump turnout among Democrats will be so high in 2020 that it won’t matter who’s on the ballot. However, polling consistently shows that Democrats are worried about a Trump win and Biden is their best shot at beating him.

“Those are the voters backing Biden.  People keep telling me that Biden’s going to fade, he’s going to drop,” Paleologos said. “And yet he’s had two debates where he performed poorly, and he’s still in first place.

“Can you imagine where Biden’s poll numbers would be if he actually had a good debate? He’d be in the high 30s!”