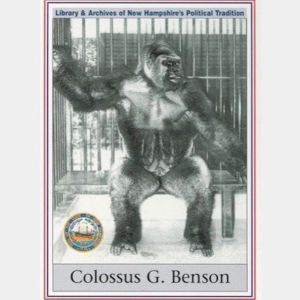 New Hampshire’s Secretary of State Bill Gardner is the political guard dog of the Granite State’s First In The Nation primary. In his tireless defense of the state’s unique place in presidential politics, he’s faced off against big states, powerful political parties and scheming politicians.

“This guy showed up with a gorilla in his truck, and he came into the office to file the paperwork for the gorilla to run for president,” Garnder told NHJournal on Tuesday. “The guy came in with a monkey wearing a white tuxedo on his arm, and the monkey was holding the check [to file as a candidate]. He said the Constitution didn’t say that you had to be a human to run for president, you just had to be 35-years-old and that the gorilla met the requirements and he wanted his name on the ballot. I said no.”

“I just didn’t feel like it,” Gardner told NHJournal.

Gardner spoke to NHJournal on the eve of the opening of the filing period for the FITN primary which begins on Wednesday, October 30 and ends November 15. The date of the New Hampshire primary is technically “to be determined,” according to Gardner’s office, but it’s expected to be held on Tuesday, February 11, eight days after the Iowa caucuses.

The gorilla was named “Colossus” and was an attraction at Benson’s Wild Animal Farm in Hudson, New Hampshire. Ownership tried to get him on the ballot in 1980 as a publicity stunt to help the once-popular tourist attraction reclaim its fading glory. (It didn’t work. Benson’s closed in 1987.) And in a way his place in the history of the New Hampshire presidential filing process is perfect: It’s all showbiz. 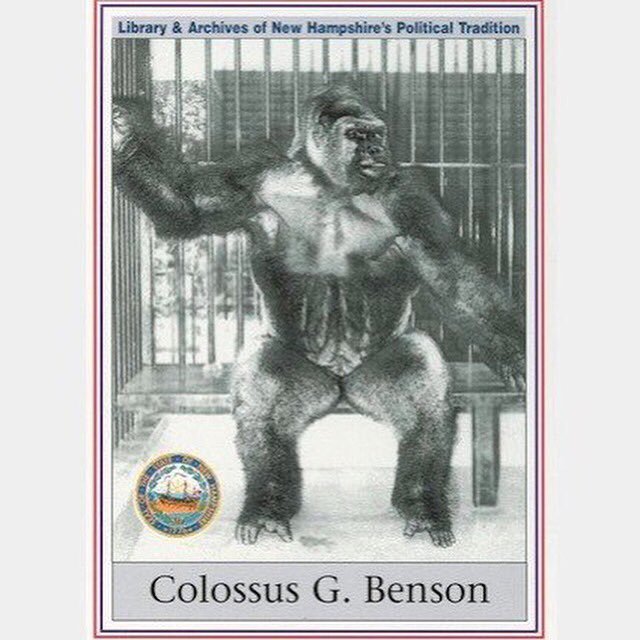 “Oh, we’ve had all sorts of stunts and celebrities,” Gardner said as he prepared for the first filing of the 2020 primary at 8 AM Wednesday.

“We’ve had people dressed in costumes, we’ve had an Abraham Lincoln, a Mark Twain. Because we make it easy for anyone who wants to run.”

All you have to do is fill out the paperwork and pay the $1,000 fee. “Cash or bank check, no personal checks,” Gardner said. Which turned out to be an issue for billionaire candidate Donald Trump.

“In 2015, someone from Trump’s campaign called our office and wanted to know what to do to get Mr. Trump on the ballot. We told him Trump just had to fill out some paperwork–either before he came, or he could fill it out here– and bring a bank check for $1,000. The person on the phone said, ‘Mr. Trump doesn’t use bank checks,’ so we told him ‘then bring cash.'”

“Now, someone in my office handled this call and I didn’t know anything about it. So when Trump shows up, he makes this big deal about the check.”

“This is a cashier’s check,” Trump said as the TV cameras rolled. “I don’t think they would have taken mine, so they wanted a cashier’s check. It’s from a bank that’s actually not as rich as we are.”

Then he told Gardner “Bill, I wasn’t about to come in here with cash.” 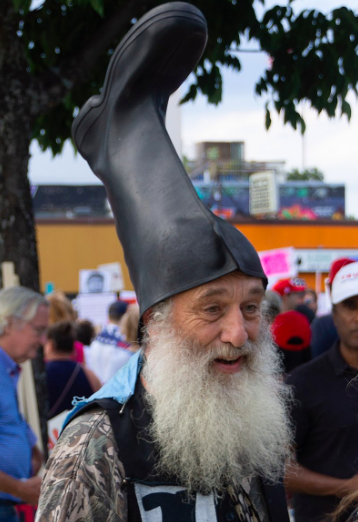 Perennial candidate and boot-headed performance artist Vermin Supreme, a regular at the New Hampshire statehouse during the filing period, isn’t as careful about what he shows up with. During the 2016 campaign, he came bearing arms–including a pistol strapped to his ubiquitous headgear.  Republican legislators had recently changed state law to allow lawful gun owners to exercise their Second Amendment rights at the State House. But the Secret Service agents on site to protect GOP candidate and noted brain surgeon Ben Carson were less tolerant. They disarmed Supreme, though not before he held up a plastic brain and offered Carson a job in his administration.

With between 30 and 60 people signing up to appear on the ballot in a typical presidential primary (the record was 62 in 1992), some year’s there’s a competition to be the first to file.

Both Sen. Amy Klobuchar (D-MN) and South Bend, Ind. Mayor Pete Buttigieg are expected to file on Wednesday.  Trump won’t be making a stop in New Hampshire this time around–with or without a bank check–but is sending Vice President Pence to file the paperwork and speak at a Politics and Eggs event at the New Hampshire Institute of Politics.

One of the dozens of unknown candidates who appear on the New Hampshire ballot every four years, Mark Stewart, a 55-year-old, Farmington, Conn. Democrat had that privilege in the 2016 cycle. He’s expected to be the first person to file this year, too when the doors open Wednesday.

“The doors are locked until 7:30 AM, but some people hide in the building overnight,” Gardner told ABC News.

When Donald Trump signed his filing documents he was viewed as the longest of long shots to become the next president and he knew it. Before he left the Secretary of State’s office, he held up the signed documents and said “This may be a very, very important signature. Or…maybe not so important.”

As Bill Gardner says, “There’s always something that you don’t expect.”