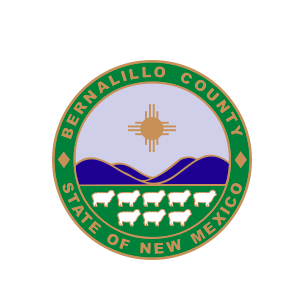 The Bernalillo County Commission last week approved an ordinance requiring all employers in the county’s unincorporated areas to offer workers paid leave. Now, the county seat — and New Mexico’s largest city — is considering whether it should do the same. Albuquerque City Councilors Pat Davis and Isaac Benton have ordered an economic analysis to see if a paid time leave law would work in the Duke City.

The County Commission law, known as the Employee Wellness Act, requires all businesses in unincorporated areas with two or more workers to offer at least one hour of paid time leave for every 32 hours worked. The law takes effect July 1, 2020, and would be phased in so businesses could limit employee leave accumulation to 24 hours in the first year, 40 in the second and 56 each year after.

The contentious county bill passed after several last-minute amendments. The adjustments included changing the type of benefit from the original “paid health” to the less-specific “paid time off.” Other amendments included a county administrative process before any alleged offender can be sued and curbing the financial penalties for a violation.

The first paid time leave law in the state faced opposition from businesses, industry organizations and free-market groups who saw it as a burden.

“The commission worked hard to balance the concerns of employers while recognizing that workers sometimes need to take time from work to care for themselves, a child, or a loved one,” County Commission Chair Maggie Hart Stebbins said following the vote. “This is also a public health issue because employees in low-wage healthcare and food service jobs are often the ones who can least afford to lose a day’s wages — so this ordinance provides protection for patients and customers as well.”

Albuquerque called for the study partly to avoid confusion if businesses operate in both the unincorporated parts of Bernalillo County and the city. If a business — for example a construction firm — does work in both, it could create turmoil if the laws do not mirror each other.

But Benton and Davis also said the city’s employees should have the ability to take time off when needed.

“Every worker deserves to have access to paid leave for life’s emergencies, and it makes sense that employees and businesses in both the city and the county should expect some consistency in our law,” Benton said in a statement, announcing the planned study. “This study will tell us if that is feasible.”

“No one who works in the City or County should be denied access to basic leave, and I’m committed to that goal,” Davis said. “That’s why I’ve asked our staff to put my universal sick leave bill on hold to study whether adopting the County ordinance in the City provides the consistency businesses want while achieving my goal of universal leave access.”

In late 2018, Davis introduced his paid sick leave bill, which has not yet been heard by any council committee. Prior attempts to require paid sick leave in the city have also failed, according to the Albuquerque Journal. But with the change in the county commission’s language from “paid sick leave” to “paid time,” the city has decided to revisit the issue.

Still, the idea that the city should pass any paid leave law at all is unpopular with some business groups.

President and CEO of the Greater Albuquerque Chamber of Commerce Terri Cole said the county’s approach was “fundamentally unreasonable.”

“Implementing a leave ordinance in Albuquerque like the one the county passed would bring hardship to job creators in our city — period,” Cole said in a statement.

“I expect they were just waiting and essentially coordinating with the County Commission and the progressives on that body to say, ‘let them jump first,’” Gessing told InsideSources. “The county will do it, and then we can come in and say, ‘well the county is doing this and for the sake of simplicity we’re going to do it now.’”

But Gessing agreed that if Albuquerque does pass a law that replicates the county’s, it can’t be substantively different.

“If they pass it at the city level, it basically has to truly mirror what the county just did because you have a lot of businesses — especially small businesses — that have operations in both areas… and if [the city] amends it or changes it in some way, it could become incredibly confusing to deal with,” he said.