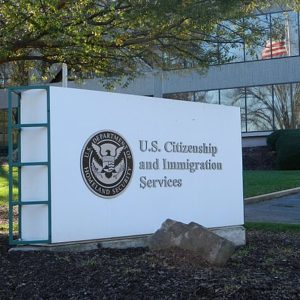 New Mexico’s Department of Workforce Solutions (DWS) has rejected U.S. Immigration and Customs Enforcement requests for access to the state’s employment-records database, believing ICE would use the information to try to locate and deport undocumented aliens.

New Mexico Workforce Solutions Department Secretary Bill McCamley said last week that he has twice notified ICE the state will not provide access to an unemployment database with extensive records about employees and employers throughout the state. ICE said its New Mexico agents had put in a specific request for the information.

“We will not participate in these efforts by the Trump administration to destroy families and communities,” McCamley said in a videotaped statement. “We want a state that we can be proud of — not a state that people are afraid to live in.

“If you’re going to come to us asking for access to that information, you better have a good reason and hopefully you have a targeted area that you are looking for,” he said. “These people have their own methods to gather information.

“If you’re doing an investigation — and you have a lot of information — you go to a judge and get a subpoena,” McCamley said. “You don’t look at huge amounts of data from multiple businesses unless you want to have what happened in Mississippi… It looks like what they are probably looking to do here.”

McCamley said denying ICE’s request for direct access to the worker database was the “right thing” to do. “We need to be extremely careful and protect people’s civil rights and personal information,” he told the Albuquerque Journal.

Lujan Grisham’s Director of Communications Tripp Stelnicki told InsideSources the request from ICE was denied without a “moment’s hesitation.”

“Have we gone numb to families being ripped apart, children abandoned, crying on the street, at school?” he asked. “That’s the government terrorizing communities, and it’s unconscionable, it’s disgraceful. A request for carte blanche, for unfettered access, to New Mexican’s data is extremely, extremely troubling.

“We all know why ICE wants this data — you saw it… in Mississippi when ICE ripped a bunch of people away from their children on the first day of school,” he said.

Lujan Grisham subsequently tweeted: “The federal government can ask for our help when they demonstrate they are investigating bad actors who are seeking to harm us. If they ask us for free reign to go after workers and families, that’s an easy one: No.”

Meanwhile, New Mexico Republican Party Chairman Steve Pearce says he supports the ICE effort because it is looking for people “that never should have come” to the U.S. in the first place.

“Well, I think that everyone agrees with the idea that we need to get rid of criminals… people that are threats to local communities — people who should never have come and they got in for purposes that no citizen wants them here for,” Pierce told InsideSources. “There are a lot of people that are coming through the southern border… that don’t have the best purposes of this country in mind.”

McCamley wrote in an email that DWS “will carefully consider data requests for the purposes of investigating specifically identifiable criminal conduct on a case by case basis.” He said the state would consider requests by federal immigration authorities for specific information that include an explanation and justification.

“What ICE wanted was unlimited direct access to all employer data in the state and we’re not going to do that,” he said.

“Somewhere the ICE people have to have a starting point and nobody wants them to go door-to-door,” he said. “If you’re law enforcement just trying to protect people and just trying to follow the law, I don’t think ICE is doing broad sweeps. They are also looking for people who have committed crimes in other countries.”