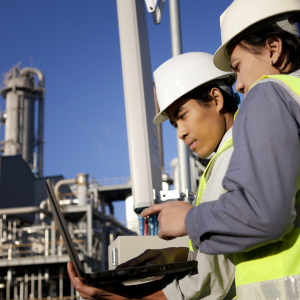 A number of studies have pointed to the growth in US energy production playing a key role in leading the country out of recession, but it has previously been unclear how small businesses have been impacted by the growth in output. A new study from the Small Business and Entrepreneurship Council (SBE Council) finds that small and midsize companies in the energy sector are growing at a far greater pace than the overall economy.

“I think this debate gets so caught up in ‘big oil’ and ‘big energy,’ but when you actually look at the industry itself, which is what we do [in this study], and you look at the growth in the number of businesses, you look at population of the businesses in the industry, and you look at where the jobs are being created—guess what, it really is a small business story,” explained Raymond Keating, the report’s author and chief economist at the SBE Council. “If you’re on board with small business, then hopefully you’re on board with removing the obstacles to increasing energy production here at home and exports.”

The study notes that between 2005 and 2012, total US employment declined by 0.3 percent, or 378,000 jobs. But the five energy sectors examined in the report (oil and gas extraction, drilling oil and gas wells, support for oil and gas operations, oil and gas pipeline and related structures construction, oil and gas field machinery and equipment manufacturing) directly added 293,000 jobs during this same period.

Keating, in a conference call with reporters, stated that the study looked at growth specifically for those energy sectors, but there are also ripple effects throughout the economy. The increase in economic activity generated by these sectors leads to job and revenue growth in other industries, as well.

The recession was hard on small businesses. Between 2005 and 2011, there was a 4.7 percent decline in firms with less than 20 workers and a 5.0 percent reduction in the number of firms with less than 500 employees. The SBE Council, however, found that firms in the five energy sectors studied increased between 4.9 and 31.3 percent. There were a total of 2,758 new employer firms created in these energy industries during the period of the study.

Keating said that the energy boom is “a story of small businesses.” While most think of the industry being dominated by the large energy firms in the Fortune 500, the energy business is “overwhelmingly populated by small and midsize businesses.” Across all of the sectors studied, at least 57.6 percent of firms had 20 employees or fewer and at least 91.8 percent had fewer than 500 employees.

In an email to InsideSources, Kate Kiely of the Natural Resources Defense Council (NRDC), an environmental group, said that while the NRDC has not reviewed the SBE Council report, other reports on job growth related to fracking have come under criticism for being inflated. Kiely noted that some of these jobs are “transient, indirect, or subject to boom and bust trends.”

“The real job creating industries remain in the clean energy sector,” said Kiely. “While the oil and gas industry laid off 10,000 workers during the recession, renewable energy companies added a half million jobs between 2003 and 2010. In fact, according to a 2011 report, green jobs employed 2.7 million Americans – more than the entire fossil fuels industry combined. So if the same amount of money that is being invested in natural gas production were invested in energy efficiency and renewable energy, you can imagine how they’d compare.”

The SBE Council’s Keating has a less-favorable view of renewables. He pointed out that renewables have been receiving support from taxpayers since the 1970s but these sources still cannot come close to meeting our energy needs.

InsideSources asked the SBE Council what it hoped policymakers would take away from the study.

Karen Kerrigan, the President and CEO of SBE Council, responded, “One of the key concerns for voters in the election was the economy and quality job growth. And you’re getting quality job growth and business formation in the energy sector. So it’s something from a policy perspective that we hope the Congress and Administration can work together to get the policies right.”

In particular, SBE Council hopes for the expansion of Liquefied Natural Gas exports. Demand is going to be coming globally, says Keating. “When you look at the increase in energy demand over the coming decades, including the demand for natural gas, there is a tremendous opportunity for the United States to meet that demand.”

Early signs point to opportunities for Congressional action. Republican and Democratic Congressional aides say compromise may be found on pushing for faster approval of LNG export applications. Republicans have been vocal in their support for allowing more exports and increasing drilling on federal lands. Moderate Democrats tend to agree with this approach, but environmentalists object.

“Exporting natural gas would increase fracking and carbon emissions, put sensitive ecological areas at risk, and do nothing to address our country’s energy challenges,” the Sierra Club writes on its website. “Natural gas companies envision a network of winding pipelines and noisy, polluting compressors that connect the drills to the docks, slicing through wild lands, rivers, and backyards. Pipelines and gas wells will inevitably leak or rupture, risking lives and fouling the environment where people live and further polluting the air we breathe and the water we drink.”

But recent reports have shown domestic environmental concerns are overblown as the industry has innovated to make the drilling process safe. Cleaner-burning natural gas can also help developing countries that are currently using coal. Former Obama economic advisor Larry Summers made the case in early September at a Brookings Institution event that: “Nobody says export policy is our environmental salvation, but it will represent environmental improvement and that is [a] sufficient case for it to move forward.

The House of Representatives has already passed legislation to limit the time the Energy Department can consider new export proposals. The Senate Energy and Natural Resources Committee is currently weighing similar legislation. With evidence of small business growth from the natural gas boom, along with diminished environmental concerns, supporters see pressure mounting on Congress to pass export legislation.