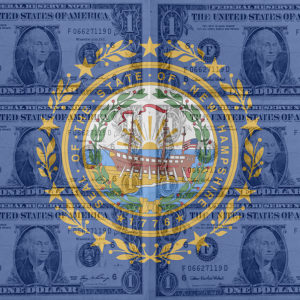 This number is still higher, however, than the 2.6 percent jobless rate at the beginning of 2020, and doesn’t take into account the economic impact of the continued surge in COVID-19 cases across the country and in New Hampshire. There have already been 78 COVID-related deaths in the Granite State this month.

Still, Gov. Chris Sununu is hopeful about the future.

“Our data-driven approach to managing this crisis has helped deliver economic opportunity,” Sununu told NHJournal.  “While we have a long way to go to get back to our historic economic highs of 2019, our recovery efforts are underway – and working.”

“This jobs report shows that the steps New Hampshire made before the pandemic — like providing business tax relief, reducing regulations, and stopping counterproductive policies over the last two years — has set us up for a bright future and made our economy more resilient than our New England neighbors,” says Greg Moore, State Director for Americans for Prosperity.

“We need to continue to focus on reducing taxes on employers, providing worker freedom, and getting our energy prices more competitive so that we continue to be the strongest economy in the northeast,” he tells NHJournal.

More than 24,000 jobs were gained in November and more than 22,000 joined or re-joined the workforce here in the Granite State.

Nationally, the seasonally adjusted unemployment rate stood at 6.7 percent. Vermont is currently the only state in New England with lower unemployment than New Hampshire, with a rate of 3.2 percent as of October.

Senate Finance Chairman Gary Daniels tells NHJournal there’s still a lot of work to do to get Granite Staters back to work. “The vaccine will probably help,” he says, but notes that “the primary thing is whether you can gain people’s confidence in the vaccine. It might be April or May before a significant number of people are fully vaccinated.”

“A year ago, when we were in the mid-twos for unemployment, or even lower, the problem was employers couldn’t find employees,” Daniels says, referencing the dearth of employees throughout all of 2019 and before. “Now, it’s different. We have to get the folks back to work that were forced out of jobs because of the pandemic, that’s the primary thing.”

Drew Cline, President of the Josiah Bartlett Center for Public Policy, says that “in the six months from May through November, New Hampshire added more than 131,000 jobs, which is almost 80% of the jobs lost in March and April.”

“That we still have 34,000 jobs to go to get back to February’s employment numbers shows how bad a hit New Hampshire’s economy took in the spring. But since then, the economy’s rebounded very strongly. An encouraging sign is that the unemployment rate fell in November even as 22,000 people joined the labor force. Last month the state’s labor force topped 750,000 for the first time since April. More people are looking for jobs — and finding them,” Cline tells NHJournal.

“Employers are doing their part. Individuals need to do theirs by minimizing their risk of exposure to the coronavirus.”

On Friday, Sununu released a statement celebrating the fact that New Hampshire’s unemployment rate is the fifth-lowest in the nation.

“Balancing public health and economic success has been a priority of my administration from the onset of this pandemic,” said Governor Chris Sununu. “We have worked diligently with industry stakeholders and public health officials to craft industry-specific guidance that keeps Granite Staters working while ensuring their safety. This latest economic news affirms that New Hampshire has taken the right approach and that our economy will come back stronger than ever as we near the end of this pandemic.”