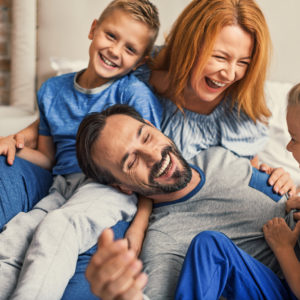 A new report ranks New Hampshire as the best state to raise children based on economic well-being, health care, and education, among other factors. The Granite State has consistently been ranked one of the top states for families to have kids in other studies. Because of the high ranking, some state officials are cheering the statistic, but others are cautious that the state shouldn’t be complicit when tackling children’s issues.

The report released last week by the Annie E. Casey Foundation found that health care was the biggest difference between the highest- and lowest-ranking states. Based on data from the Population Reference Bureau, the report ranked New Hampshire, Massachusetts, and Vermont as the best states overall, and Mississippi, New Mexico, and Louisiana at the bottom of the list. 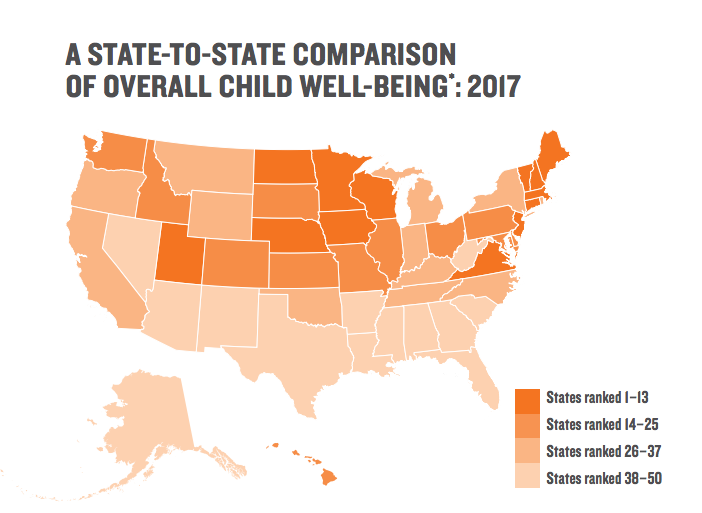 A map in the report highlights clear regional trends, with the South accounting for 15 of the 20 lowest-ranking states. Only Virginia was ranked in the top half of the states. Also, other than Rhode Island, every New England state was ranked within the top 20. Those regional categories continued when broken down by each category, including economic well-being, education, health, and family and community.

Another study, released at the end of May, from Save the Children, ranked New Hampshire, Massachusetts, and New Jersey as the top three states “where childhood is least threatened.” New Mexico, Mississippi, and Louisiana rounded out the bottom of the list.

Those results are in close agreement to personal finance website WalletHub’s 2017’s Best & Worst States to Raise A Family released in January. That study named North Dakota, New Hampshire, and Vermont as the best states to raise a family, and once again, the same three states were at the bottom: New Mexico, Mississippi, and Louisiana.

Why is the Northeast doing so well and the Southern states aren’t? If you break down the categories individually, you’ll see varying state dynamics and different policy priorities.

According to the Annie E. Casey report, 2015 childhood poverty rates were lowest in New Hampshire at 11 percent, while Mississippi’s was the highest at 31 percent. Massachusetts, Minnesota, New Hampshire, and Vermont all tied for the lowest rate of teens not in school and or working, which was 4 percent. Louisiana’s rate was the highest at 11 percent.

When it comes to education, the report also found that while 50 percent of Massachusetts fourth-graders in public schools are unable to read proficiently, New Mexico’s rate is a staggering 77 percent. For context, the national average is 65 percent.

Some New Hampshire officials applauded that the state was ranked number one in the study, including Lorna Colquhoun, communications director for N.H. Division of Economic Development.

#NH is the No. 1 state to raise a child thanks to #economic stability, #education resources and community support – https://t.co/O32tkaIgZo pic.twitter.com/3FiPrB2A52

While appreciative for the recognition, Taylor Caswell — executive director of the New Hampshire Community Development Finance Authority — said not all families in the state are receiving the same benefits.

“[It] certainly makes us look great compared to some other states, but I would say my own experience is that the types of benefits it claims are not consistently seen across our small state,” he told NH Journal. “In my work I see a whole lot of room for improvement in areas of the state that don’t always show on the radar of broad national-scale rankings … and so when rankings like these come out it often can provide room for people to take their foot off the accelerator or move to some other issue or initiative, often at the expense of the families in those areas.”

Caswell took to Twitter to make his concerns known. The New Hampshire Democratic Party was quick to say that Caswell and Colquhoun’s tweets shows infighting within Gov. Chris Sununu’s administration.

Infighting on team Sununu. This is who he tapped to bring businesses to NH, instead he bashes our #1 rating & turns folks away #nhpolitics https://t.co/HOP9njYXWU

“Accessing those things is not a consistent experience across the state and I consider those things to be among the most important in providing broad access to the state’s economy for all residents,” he said. “Maybe I’m just not easily satisfied.”