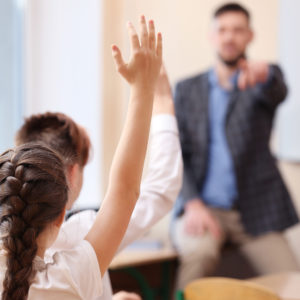 As New Hampshire teachers unions raise the possibility of refusing to return to work until January, the state’s Catholic schools will reopen in the fall with “fully classroom-based instruction.” And they’re offering financial incentives for current public-school parents to join them, too.

“We say all the time that parents are the primary educators, and we work with them to educate their children,” David A. Thibault, superintendent of schools for the Diocese of Manchester, told NHJournal Thursday. “And our parents overwhelmingly support meeting our kids’ educational needs while protecting student and staff safety. So we’ve made the determination to return to classroom instruction just as soon as possible.”

According to Alison Mueller, director of Marketing, Enrollment, and Development for Catholic schools at the diocese, there are about 4,700 students in their system. And the diocese is hoping to grow those numbers with its Transfer Incentive Program, or TIP, for newly enrolled students.

“We’re calling this the ‘See You in Class!’ campaign,” Mueller said. “We’re trying to give people options, and that’s really what school choice is all about.”

And if the polls are any indication, it’s a message parents want to hear.

According to a UNH Survey Center poll, two-thirds of local parents of K-12 public school students are very or somewhat comfortable with their children returning to a traditional classroom setting. That number will likely grow as the fall approaches and working parents face the prospect of another semester of kids stuck at home in front of computer screens.

But while parents may worry about the negative impacts of closed classrooms on their kids’ mental health and development, New Hampshire’s teachers unions aren’t ready to return.

The National Education Association-New Hampshire (NEA-NH) released a survey of 17,000 teachers finding that 75 percent said they aren’t comfortable returning to the classroom without a vaccine or effective treatments.

Rather than proposing solutions that would allow public schools to emulate Catholic schools and return to fully classroom-based instruction,” the NEA-NH is promoting a seminar for teachers to “discuss your rights as an educator when it comes to returning to in-person instruction.”

Based on public statements (the NEA-NH did not respond to requests for comment from NHJournal), it appears New Hampshire’s teachers unions are opposed to even a hybrid mix of classroom and at-home instruction.

“If districts are serious about hybrid instruction models, combining in-person instruction with remote learning, then they need to recognize that this represents a major change to learning and working conditions,” NEA-NH President Megan Tuttle said in a statement.

“Expecting educators to work both from home and in schools on schedules that may conflict with their own children’s school days is most certainly something that…cannot be forced on any educator.”

Parents are likely to note the irony of teachers using their job/parenting conflict as an argument to keep the classrooms closed for everyone else.

Thibault says that the diocese’s plans were largely shaped by input from the parents themselves, 80 percent of whom said they were satisfied or very satisfied with the at-home instruction forced on them by the COVID-19 crisis. Nevertheless, they are ready for classroom instruction to begin again. And so is the Diocese.

“We look forward to welcoming our students back, in person, this fall,” Thibault said.