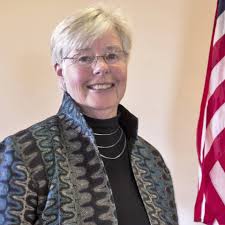 Nurses with associate degrees from community college aren’t qualified to serve as school nurses, says one NH Dem House member, adding she wouldn’t want one taking care of her, either.

On Tuesday, the NH House Education Committee took up a bill allowing schools to hire nurses with associate degrees rather than the current bachelor’s degree requirement. Rep. Linda Tanner (D-Georges Mill) testified she was “very distressed by the bill.”

“I don’t know about you, but when I’m in the hospital and a nurse walks in the room I don’t want just some ‘Jeannie Smith off the sidewalk’ that’s maybe taken two years at a community college with basic education and I have something that’s very technical.”

Members of both the community college and nursing communities told NHJournal they were offended by the comment and surprised by the “elitist” attitude.

“These graduates are highly competent as demonstrated by licensure as professional registered nurses,” said Donna Meyer, CEO of the Organization of Associate Degree Nurses. “The institutions that OADN represents educate over 50% of all newly licensed professional registered nurses (RN). Community colleges are a vital part of the nursing workforce and are greatly needed in communities throughout our nation.”

Brendan Williams, president of the NH Health Care Association, has to deal with nurses of all levels of training and credentials.

“A lot of registered nurses (RNs) start out as licensed practical nurses (LPNs),” he told NHJournal. “They then either go on to be an RN through a 4-year BSN, or they become an associate’s degree RN.

“To categorically dismiss associate degree RNs as incompetent is elitism.”

Rep. Greg Hill (R-Northfield) introduced the bill removing the additional academic standards, in part because they make it too difficult for some schools to hire nurses at all.

“School nurses are not a mandated item by the [Department of Education] in New Hampshire, it’s a voluntary program,” Hill said. Schools that can’t find a nurse who meets those requirements within their budget just cross the item off their list, or find a way to circumvent the qualification requirement.

“They’re calling them health coordinators, in some cases,” Hill said.

The bill is part of a national effort to reform occupational licensing requirements, a cause embraced by both small-government conservatives and liberal Democrats like President Joe Biden. Unnecessary regulations exclude people — often people of color or from lower socio-economic groups — from competing with their white-collar or well-credentialed counterparts for jobs.

Tanner, a former public school teacher, told the committee that “too many schools don’t have school nurses,” but opposed the bill that proponents say makes it easier to fill those positions.

Members of New Hampshire’s community college community were not pleased by Tanner’s snub.

“I don’t know where to start,” said Susan D. Huard, interim chancellor of the Community College System of NH. “First, our nurses take the exact same tests as those with bachelor’s degrees, the NCLEX, so they are qualified. And if this legislator has ever been cared for in a local hospital, chances are extremely high she did have a nurse with a community college degree from right here in New Hampshire.”

Huard told NHJournal there’s another reason not to look down on AD [Associate Degree] nurses.

“There’s something to be said for maturity,” Huard added.