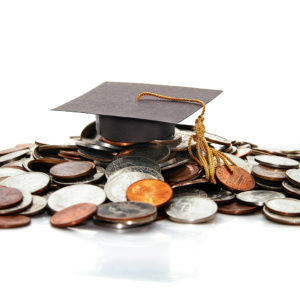 In New Hampshire, it’s déjà vu all over again. The House Education Committee just voted to retain Senate Bill 193, which would have established a universal education savings account (ESA) program in the state. The “Education Freedom Savings Accounts” would have granted parents of public school and homeschool students access to 90 percent of their child’s state public education funding and up to 50 percent for kindergarten students to spend on educational alternatives, such as private school tuition, homeschool textbooks, tutoring services, and learning therapies.

The Democrats in the New Hampshire House pulled out the tired, old, baseless arguments liberals of the education establishment have been using for years: “Our New Hampshire Constitution is clear that private funds cannot be used for sectarian purposes,” state Rep. Mary Heath (D-Hillsborough) said. “This bill undermines public education.”

“Rep. Tamara Le, D-North Hampton, said she was concerned that the bill could siphon between $75 million and $100 million away from the public school system,” the New Hampshire Union Leader reported.

Unfortunately for New Hampshire families, representatives of the “Live Free or Die” state would rather watch children’s educations be destroyed under the greedy guidance of the teachers unions who control them than give students access to a variety of educational choices.

The claims made by public-education advocates are no more accurate than their so-called “concern for the children” is believable. State supreme courts have ruled in Arizona and Nevada Blaine amendments—provisions borne out of anti-Catholic bigotry of the late 19th century that prohibit public money from funding “sectarian” institutions—do not make ESAs unconstitutional, because it’s the parents who sometimes choose to spend the money on religious schools, not the state.

EdChoice reports, “Public data show that states and cities typically increase their per-student spending in the years following school choice programs’ inception.” For example, EdChoice found Milwaukee public schools increased per-student funding by more than $5,000 from 1992 to 2011, even though the city instituted a school choice program in 1990 that many supporters of the education status quo said would cripple public education.

Rep. Heath should be aware of the precedent set most recently and dramatically in Nevada, and Rep. Le should know the “school choice drains public school funding” narrative is a myth. These legislators are either shamefully ignorant and/or misinformed or they’re simply choosing to ignore the facts. Either way, lawmakers who deny reality in favor of their special interests are unqualified to tell parents they have no right to customize their child’s education to fit their needs.

New Hampshire had the opportunity to pave the way for the nation, to show what living free in the spirit of the American way truly means. But the power of the teachers unions and the control they have over Democrats (93 percent of the $33.2 million teachers unions gave directly to politicians during the 2016 election went to Democrats) was too much for the legislature this time around, and children in the state will continue to suffer in failing public schools because of it.

The good news is that not everyone is taking the Blaine blame game sitting down. The U.S. Supreme Court is in the midst of hearing arguments in a case that could undermine one of the biggest weapons in the pro-public-school people’s arsenal. Trinity Lutheran Church of Columbia, Missouri, alleges its application for a state grant to replace its playground’s gravel surface with scrap tire that’s friendlier to kids’ knees was denied because it’s a religious institution. Trinity Lutheran says the state constitution’s Blaine amendment is standing in the way of a safer playground, and recent reports covering the debates held before the U.S. Supreme Court suggest a majority of the nine justices agree.

It appears there’s momentum to rid the country of the bigoted Blaine amendments at last and move real education choice one step closer to actuality. Let’s hope New Hampshire children don’t have to wait much longer to get access to the educational resources Heath and Le believe they don’t deserve.