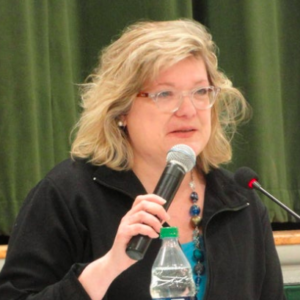 While Shurtleff declined repeated requests for comment from NHJournal, he did tell SeacoastOnline, “I was offended by the language as most people were. I didn’t like the fact, and I mentioned this to Representative Le, she tarred all … private religious schools with the same brush.”

Shurtleff said Le is being removed from the Education Committee — which regulates private and religious schools in New Hampshire — for three months, at which time her situation will be reviewed. House GOP leader Rep. Dick Hinch calls the move “meaningless.”

“I was shocked to read that the Speaker chose to take this relatively meaningless step to reprimand Rep. Le,” Hinch told NHJournal in a statement. “The committee will have very few meetings over the next few months, which makes most of the suspension period moot. If he didn’t intend on putting her back on the committee, he would have made this permanent.

“That means she’ll be back on the committee in time for major policy debates, at which time anyone representing the interests of private or religious schools before the committee will have to consider whether or not they’ll get a fair review from a State Representative who exhibited online rage towards their institutions,” Hinch said.

Le, who also serves on the North Hampton school committee,  has still declined to apologize to private school parents, staffers or students for her original “F***” statement, saying only that  it was a “bad choice of words.” Instead, she continues to attack private and religious schools, accusing them of discrimination against special needs students — a charge the schools and their supporters reject.

“Fifteen percent of our scholarship recipients are special needs children who choose to attend non-public schools, and the families are extremely happy,” Kate Baker, executive director of the Children’s Scholarship Fund told NHJournal.

And Geoff Wagg, President of the Independent School Association of Northern New England, told NHJournal: “New Hampshire is home to some of the finest independent schools in the country. Families benefit tremendously from the varied school offerings available within the state.

“Schools like Pinkerton Academy in Derry offer comprehensive programs that serve all comers, while others serve specific types of learners,” Wagg said. “This diversity of school offerings allows parents to find the ideal learning environment for their children. Having great public, private and parochial schools in the state benefits all children.”

While Le is temporarily banned from the Education Committee, she remains a member of the House leadership, serving as an assistant majority floor leader.

“I am reiterating my call for the Speaker to remove this member so our constituents know lawmakers, especially members of his leadership team, will be held to reasonable standards of public decorum,” Hinch said. “As a graduate of a Catholic high school, I would expect him to take personal offense to what she said. I would also like to invite the Speaker to communicate with my office so we don’t have to hear about these types of announcements by reading the news.”