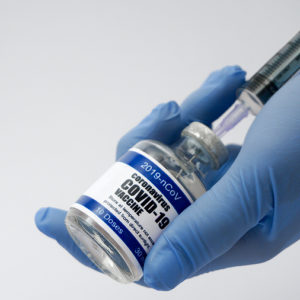 Gov. Chris Sununu and his top health official told NHJournal Tuesday that New Hampshire is using racial and ethnic considerations in determining who gets early access to the limited supplies of COVID-19 vaccine.

“We have a plan in terms of allocating a certain amount of our vaccine to ensure equity,” Sununu said. “A plan to reach our communities that tend to be inequitably served by our healthcare system.”

Specifically, the state is setting aside 10 percent of the Phase 1B vaccines for distribution based on race and ethnicity, according to Elizabeth R. Daly, chief of the Bureau of Infectious Disease Control at the NH Department of Health and Human Services.

“We have a commitment of equitable allocation of the vaccine,” Daly said. “And part of that plan involves meeting the needs of those people who’ve been disproportionally impacted by COVID-19. This includes people who are in racial and ethnic minority groups.”

According to the 2010 Census, New Hampshire’s population is 93 percent white. Fewer than two percent of Granite Staters are Black. The elderly, who are most likely to die from contracting COVID, are even whiter than the population as a whole.

News that the Centers for Disease Control and Prevention and some national public health professionals were urging distribution of the scarce, lifesaving vaccine based on race sparked an outcry.

“That is affirmative action. That’s choosing one group over another,” says Lawrence Gostin, professor of global health law at Georgetown University.

Data guru Nate Silver of FiveThirtyEight said the vaccines should be handed out based on risk and not any other factor, and the top risk is age. “Age needs to be a higher priority than pre-existing conditions in vaccine rollout plans. Or a lot of people are going to die, unnecessarily. It really is that simple.”

“What’s next?” asked healthcare expert and former Republican New York Lt. Governor Betsy McCaughey. ­”Requiring that when emergency rooms are packed, minorities and poor people get helped ahead of the elderly?”

For months, politicians and public policy experts have been debating how to best distribute the early rounds of the vaccine, in particular whether frontline workers or the elderly should be the top priority. Social justice advocates have come down on the side of care providers, in part because, as public health expert Harald Schmidt of the University of Pennsylvania said, “Older populations are whiter. Instead of giving additional health benefits to those who already had more of them, we can start to level the playing field a bit.”

Sununu acknowledged this difficult issue Tuesday. “When it comes to the supply that we’re providing for the elderly…as well as our frontline workers, we kind of split it a little bit. Because the workers may be younger and healthier, but they come in direct contact [with infected people]. They are so vital. While they may not be as high risk, they are at extremely high risk for transmitting the virus to those who are.”

New Hampshire is hardly alone in using race, ethnicity or some other “social justice” filter in figuring out who’ll get the vaccine and who’ll have to wait. Eighteen states have said they’ll use the CDC’s  “social vulnerability index” combining 15 socioeconomic measures to prioritize distribution.

But as former Food and Drug Administration Commissioner Dr. Scott Gottlieb said recently, “If your goal is to maximize the preservation of human life, then you would bias the vaccine toward older Americans.”