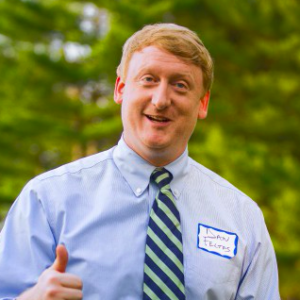 In follow up reporting by the Concord Monitor, the Feltes campaign says it received $8,200 in donations from LLCs, but it’s keeping corporate donations it received before taking the so-called “People’s Pledge” to reject them.

“Senator Feltes has led the way on campaign finance reform, sponsoring bills to ban corporate contributions close the LLC loophole, and increase disclosure requirements, and as Governor, Feltes will sign these bills into law and do everything in his power to mitigate the corrupting influence of money in politics,” the Feltes campaign told NHJournal in a statement.

Then the other shoe dropped. Feltes’ Democratic opponent, Executive Councilor Andru Volinsky, also took the pledge back in early 2019. But he’s keeping all his pre-pledge corporate money, too.

The net result is that both Democrats have tens of thousands of dollars in evil, corrupting corporate donations funding their campaigns right now. But it’s OK, they claim, because they’re stopping. Oh, and Gov. Chris Sununu is taking a lot more.

And he is. Sununu is raking in the corporate cash hand over fist, giving himself a well-stocked campaign fund, while the Democrats slug it out in their primary — pledging to support legislation to ban the same corporate donations they’ve taken for years.

“Elizabeth rejects the help of Super PACs and would disavow any Super PAC formed to support her in the Democratic primary.” That was on her website just two weeks ago. “Democrats should show some moral backbone by refusing their own Super PACs in the 2020 primary.”

But today, she’s happily accepting the help of Persist PAC, a new pro-Warren super PAC that spent $800,000 in TV and radio advertising in Nevada. (Alas, it didn’t work.)

“If all the candidates want to get rid of super PACs, count me in. I’ll lead the charge,” Warren told reporters when asked about the Persist PAC spending. “But that’s how it has to be. It can’t be the case that a bunch of people keep them and only one or two don’t.”

Will the unilateral (and hypocritical) disarmament of Feltes and Volinsky help one of them beat Sununu in November? Probably not.

As GOP consultant Michael Dennehy told the Monitor: “This is a more significant issue in the Democratic primary than in the general election. In a general election, voters simply won’t care [as long as] a candidate is abiding by all laws and regulations.”

“There actually are some people in the Democratic electorate who care about this issue and Warren may pay a price with reform-minded activists. But once again — what else is she going to do? She needs the money.”