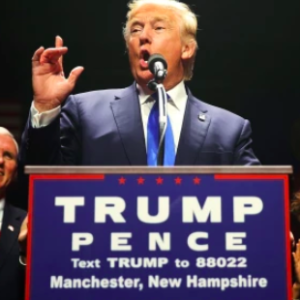 “I and several others have been working very hard to get President Trump back to New Hampshire, and we couldn’t be more excited.”

Trump is scheduled to hold a Keep America Great rally at SNHU in Manchester on August 15th at 7:00 pm.  It will be just his second appearance in the Granite State since his visit on the eve of the 2016 election.

“It all began for me in New Hampshire, the first state we won,” Trump told a packed audience in Manchester on November 7, 2016. “We wanted to finish off in New Hampshire because of the incredible relationship we have.”

And now the Trump campaign is talking about flipping the Granite State in 2020. “New Hampshire is home to Trump Victory’s ‘First in the Field’ team for a reason: we know we can win the Granite State. President Trump’s August rally drives this point home,” RNC spokesperson Nina McLaughlin told NHJournal. “It will not only be a fun event for Granite Staters, but it will be a chance to expand our massive base of support across New Hampshire.”

President Trump’s last visit to New Hampshire, on the eve of the 2016 election.

“The Trump economy continues to soar with New Hampshire having one of the lowest unemployment rates in the entire nation and paychecks continuing to grow,” said Michael Glassner, Chief Operating Officer of Donald J. Trump for President, Inc. “President Trump looks forward to returning to the Granite State to speak directly to the men and women working to Keep America Great alongside him.”

Trump’s poll numbers in New Hampshire are his worst in any of the so-called “swing states,” and local Democrats have been trying for months to link popular Gov. Chris Sununu to the less-than-popular president.  “Notice: Will buy photos of Trump with Sununu, repub electeds & or candidates,” NHDem state chairman Ray Buckley tweeted.

“The governor looks forward to welcoming the president to New Hampshire,” Sununu’s spokesperson said in a statement.

Both of New Hampshire’s representatives in Congress, Democrats Rep. Annie Kuster and Rep. Chris Pappas, announced on Friday that they support an impeachment inquiry against the president. What message does that send to Donald Trump?

“It just shows how out of touch they really are,” Stepanek said. “It’s such a waste of valuable time for New Hampshire’s supposed representatives to push for impeachment instead of getting to work on issues that matter to our businesses and families.”

Meanwhile, Stepanek told NHJournal, “this won’t be his last visit to New Hampshire” before the November 2020 election.