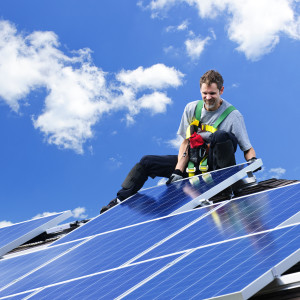 So exactly how do the people of New Hampshire plan to get their power?

Currently anti-pipeline activists like the folks at Echo Action are trying to block any expansion of natural gas into the Granite State.

And yesterday the people of Concord packed a zoning board meeting to ensure that a large-scale solar project was blocked from their community. It worked–the city shot it down in a 4-1 vote.

From the Northern Pass project that would have brought green-generated electricity from Canada to New England, to the Spruce Ridge Wind project in Grafton, New Hampshire activists and NIMBY neighbors are blocking the growth of New Hampshire’s energy infrastructure. As the state’s economy continues to boom, so will its energy needs. What’s the plan?

“All we need are renewables. Increase energy efficiency and renewables.” So says Stephanie Scherr of Echo Action, which is currently fighting the proposed “Granite Bridge” natural gas pipeline project. While few energy experts believe that New Hampshire’s renewable sources can supply the state’s energy needs (they currently account for just 17 percent of net energy generation), Scherr believes the state should refuse any expansion of any natural gas production or distribution and rely on wind and solar.

So where were the green activists when Concord was killing the NextEra solar project?

“We support solar and wind when it’s properly sited and the community is comfortable with it,” Scherr told NHJournal. “We think that they should have a say in that.”  So will Echo Action at least lobby the community to accommodated green energy for the good of the environment?

“I don’t live there. I couldn’t….Like I just said, we support these projects when the community supports them,” Scherr said.