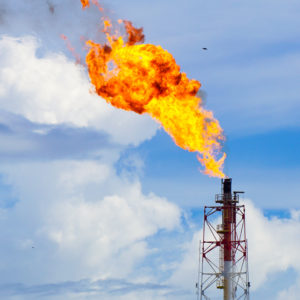 New Mexico oil and gas representatives say the proposal doesn’t take into account ongoing declines in methane emissions and instead revives an Obama-era rule that they believe violated the law.

According to the Obama ruling, the federal government can regulate methane without first making a detailed determination that it qualifies as a pollutant under the Clean Air Act. But Robert McIntyre, spokesman for the New Mexico Oil and Gas Association, told InsideSources, “There is an ongoing question as to whether the process as it was developed was actually legal under the authority provided by the Clean Air Act. It seemed like the prior administration took some shortcuts to arrive at the rule that they did.”

In late August, the EPA announced plans to loosen federal rules on methane and allow oil and gas producers to essentially self-regulate and prevent the potent greenhouse gas from leaking from its operations. The EPA gave interested parties a 60-day comment period, which ends on Nov. 25.

The proposed methane regulatory changes will “save the industry millions of dollars in compliance costs each year, while maintaining health and environmental regulations on oil and gas sources that the agency considers appropriate,” the EPA said.

“If finalized, the proposed revisions will significantly degrade air quality and adversely impact public health throughout the U.S., including the State of New Mexico,” Kenney wrote in a letter to EPA Administrator Andrew Wheeler that accompanied his comments on the proposed rule.

“To date, 25 governors committed to reducing greenhouse gas (GHG) emissions consistent with the goals of the Paris Agreement (subsequent to the June 1, 2017 announcement of the U.S. intent to withdraw from this agreement),” Kenney wrote. “This effort is led by state governments and is focused on state-to-state cooperation to accelerate the deployment of climate solutions needed to help each achieve their climate goals.”

Kenney’s remarks came after the EPA held a hearing on the methane proposal in Dallas earlier this month. At the hearing, several New Mexicans testified that living near the Permian Basin — which straddles southeastern New Mexico and west Texas — caused them to have blisters, nosebleeds and headaches due to methane emissions released by nearby oil and gas wells, according to the Carlsbad Current-Argus.

Operations at the Permian Basin have contributed to the state’s ongoing oil and gas production boom and have boosted state revenue to an all-time high. And yet, as former EPA official J. Winston Porter recently pointed out, “U.S. methane emissions have dropped even as energy companies produce more natural gas. For example, in the Permian Basin, production surged 100 percent between 2011 and 2017, but methane emissions relative to production fell nearly 40 percent.”

Many Democrats like Lujan Grisham remain unconvinced and she vowed the Trump administration will not prohibit the state from battling climate change.

“In the face of a climate crisis, and with a federal government that is committed to an anti-science, anti-environment regulatory approach, states like New Mexico will take up the mantle of leadership,” the governor said. “We will lead the transition to a renewable energy economy and take aggressive steps to limit greenhouse gas emissions. The Trump administration will not slow our progress on climate action.”

McIntyre says NMOGA has a part to play in reducing harmful emissions, but the industry group supports “the EPA’s efforts to revise this rule” as it will “not radically change the rules on the emissions of methane.”

“We agree that we should take steps to reduce methane emissions and we’re absolutely committed to doing that,” McIntyre said. “For our part, we put forward a methane mitigation road map… that the governor is currently reading that identifies some best practices and some opportunities where we can collaborate with regulators.”