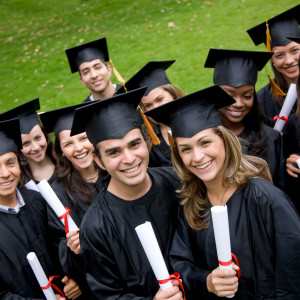 In tonight’s State of the Union, President Obama will further expound on his proposal to provide “free” community college to all Americans. The proposal has received substantial criticism since it was first announced two weeks ago, but two of the most thoughtful pieces posted just today.

The first comes from Senators Lamar Alexander (R-TN), Roy Blunt (R-MO), and Ben Sasse (R-NE), who were all three university presidents prior to being elected to the Senate. Writing for USA Today, they say Obama is “in the right church but the wrong pew.” They encourage a focus on action by the states, similar to the Tennessee program that Obama has praised, and they note the importance of reducing the overwhelmingly-complex FAFSA.

Community colleges are the best buy and the most nimble part of higher education. If you want to change those two things, the surest way to do that is a new federal program that misses the mark. Instead, we recommend letting other states do for themselves what Tennessee has done if it fits their circumstances. The right way for the federal government to help is pay for new Pell Grants that will be applied for and awarded if other states emulate “Tennessee Promise” and if Congress reduces paperwork and allows students to use Pell Grants year-round.

The second piece comes from David Brooks. He spells out the wrong-headed direction taken by many of President Obama’s policies. America tried and failed to solve social ills by writing big checks. That didn’t work. A better approach will encourage the development of social capital and give students the skills they need to succeed and stay in school.

The tuition piece of the Obama proposal is Human Capital 1.0. It is locked in 1970s liberal orthodoxy. Congress should take the proposal, scrap it and rededicate the money toward programs that will actually boost completion, that will surround colleges, students and their families with supporting structures. We don’t need another program that will lure students into colleges only to have them struggle and drop out.

In particular, Brooks notes the failure of remedial education in community colleges. I made this point in my column last week. More than 50% of students who enroll in two-year community college programs are required to take remedial courses, but only one in ten remedial students graduate.

My proposal fits within much of the guidance offered by Senators Alexander, Blunt, and Sasse, along with that of Brooks. Policies should be developed at the state and local level. More attention must be paid to preparing students for college by making sure they meet high standards before graduating high school. These challenges will best be met by attentive school teachers than oft-disconnected professors.

Conservatives should take a renewed look at Common Core, which addresses many of these challenges, builds social capital, maintains local control, and costs almost nothing. There are many myths perpetuated about the policy, but the fact is that it solves a major national problem but allows the states rather than the federal government to forge the path forward.

Read my column here: In Need of Remediation: How Conservatives and Liberals Are Confused about Investment in Education