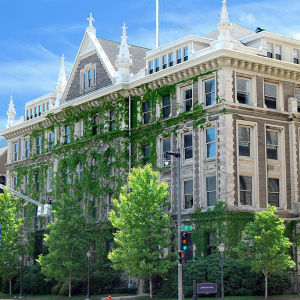 Opinion: Who Gets to Be Offended?

America’s court of public opinion is a fickle beast. It seems, at least through observation, that the rulemaking for what is or is not offensive is rather arbitrary. The result – constantly moving goal posts that distract from real issues we face – distorts fact from fiction, unfairly clouds perceptions and leaves us all wondering, when is enough actually enough?

Reasonable people can agree something is less than right without then demanding some sort of punishment for the person causing the offense.  We surely can do this it when it is abundantly clear the rules vary, depending on who it is that is causing offense and the nature of the behavior or rhetoric causing that offense.

Earlier this year, a professor at Marquette University faced disciplinary action for criticizing a graduate school instructor who had instructed a student to “not oppose gay marriage in her class.”  The Catholic institution cancelled the classes of the professor and took action to remove him, even though he was tenured.

My most recent InsideSources column makes clear that I am not fighting against gay marriage.  That is not the point.  Compare how academia treated the professor from Marquette to another professor on another subject.

Less than a month ago, the University of Illinois rescinded a job offer to an individual determined to have engaged in anti-Semitic activities.  This individual had blogged:  “Zionists transforming ‘anti-Semitism’ into something honorable since 1948.”  Do you think this is at least micro-aggression?  The response from the American Association of University Professors?  They lodged a formal protest against the University of Illinois for infringing on academic freedom and freedom of speech.

Is protecting the dignity and respect of Jews not as important as homosexuals? It seems as though academia is willing to excuse one offense while lambasting another. The moral inconsistency is unfortunately quite consistent.

At Dartmouth, fraternities have been ordered to admit women.  When one fraternity made clear their opposition to this demand, their house was the subject of vandalism by activists claiming to be fighting for equality.  Meanwhile, at taxpayer cost, other universities set aside space for gluten-free eating, gay-only areas, etc.  Clearly, it takes some tortured logic to justify not allowing fraternities and sororities to be single gender but protecting other “only for” groups.

The stories of students being punished for all manner of actions taken during high school graduation are plentiful.  Can’t be doing things to celebrate any manner of things without being punished.  In California, however, when a female student, an individual, who in some quarters would be called an illegal immigrant, waived the Mexican flag as she received her diploma, nothing was done to her.  You do not have to be xenophobic to think there is something wrong about an individual who benefitted from free public education in this country, despite not being here legally, doing this sort of thing.

The examples are plentiful. What is more important though is a disturbing trend whereby political correctness is defined by narrow minded individuals who show no regard for one set of rules. It is hard for me to see anything other than a reality that if someone offends traditional American values, its traditions or history, or whites (especially males), that is something those of us who enjoy “white privilege” need to “get over.”  We need to “face the truth of our disgraceful history and behaviors that have caused harm and hurt to so many.”  Meanwhile, if offense is taken, or even possible (remember those micro-aggressions) by others, then it is time for us to understand that only our bigoted and hateful nature prevents from understanding that others deserve a “safe space” to do whatever it is that brings them pleasure and satisfaction.

Ultimately, Americans everywhere need to lower their temperature gauges. If I had my way, we would put an end to this back and forth and reserve punishment, even condemnation, for behaviors and rhetoric that truly rise to being worthy of that sort of action.  People should be nicer to one another.  We ought not turn a blind eye to hateful behavior.  That does not mean that every single time someone is less than wonderful to another that we are compelled to make a federal case of it.  And, if we are going to be so thin skinned, then the “rules” should be the same for everyone.