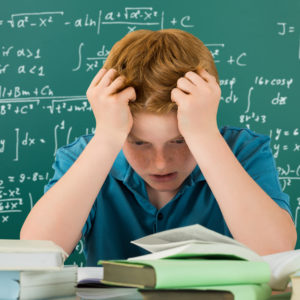 As the academic year draws to a close, tens of millions of students have already taken (or will soon take) federally-mandated, state-administered standardized assessments. Hundreds of thousands more are expected to “opt out” of the tests—usually at their parents’ behest. This national movement, which is particularly active in the Northeast and on the West Coast, has excited a spirited debate that pits parental rights against government’s mandate to gather data and target improvements in the education system.

The opt-out movement first gathered real energy and media attention during President Obama’s second term. At the time, the federal Education Department had successfully dangled billions in competitive grants to push cash-starved states reeling from the recession to enact a series of educational reforms, including adopting the Common Core State Standards and using test scores as a significant part of teacher evaluations. Because the opt-out movement appears to be a mostly a grassroots phenomenon—without clear leaders and aided by the prevalence of social media—it is difficult to draw generalizations about its participants’ motivations. However, observers have linked the centralization of education policy-making power in Washington to its growth.

With the 2015 passage of a new comprehensive federal K-12 educational law, the Every Students Succeeds Act, considerable policy-making power was returned to state and local school systems. However with the law still months away from full implementation and testing requirements loosened but not removed, the opt-out movement appears to be taking permanent root in some communities and could be growing in others.

Oren Pizmony-Levy is a professor at the Teachers College at Columbia University who directed a 2016 study with his colleague, Nancy Green Saraisky, on “Who Opts Out and Why?” Pizmony-Levy spoke with InsideSources about the report’s findings—which analyzed the results from an online survey taken by over 1,600 opt-out activists—and what the results could mean for the future of standardized testing in the U.S.

Curiously, Pizmony-Levy’s analysis is that the opt-out movement is not driven primarily by an opposition to standardized-testing per se, but is instead the way in which parents, teachers, and activists are choosing to express their dissatisfaction with the process through which education policy is crafted. He noted that a majority of opt-out advocates surveyed are supportive or very supportive of college entrance exams, tests to award college credits, or tests to determine whether a child has achieved competency in a given subject.

“Parents are not upset about the tests themselves, but rather about the political context that create these tests,” he said of federally-mandated tests required for accountability purposes.

Furthermore, Pizmony-Levy found that while the opt-out movement skews predominately toward the white, wealthy, and well-educated parent, the specific policy changes the activists are pushing for vary widely, particularly according to political ideology. Progressives, who make up the majority of the opt-out movement (that is particularly well-represented in New York where over 20 percent opted out last year), are more likely to object to the use of state-administered standardized assessments to conduct teacher evaluations or to protest the influence of corporations in the school system, said Pizmony-Levy. Meanwhile, conservatives, who represent a sizable minority of the opt-out movement, do so mostly to protest the nationalization of academic standards, or the simple fact of the federal government’s involvement in education, he said.

For lawmakers and education officials, the opt-out movement has created headaches. Universal testing was first introduced during the Bush administration as a way to measure and ensure that every child in publicly-funded schools was receiving a quality education. Officials regularly use the data gleaned from tests to hold schools accountable and to drill down on what types of students are underperforming or need targeted interventions. In areas with large opt-out numbers, the standardized testing data becomes unreliable, and opponents of the movement argue the education system becomes more difficult to analyze and improve.

Jack Markell, the former Democratic Governor of Delaware, took aim at the opt-out movement in an article published last month. “When students opt out of assessments, they are removing a key way to understand if and how the school is meeting their academic needs (along with the needs of students like them).”

Markell also said that high opt-out rates put states and districts at risk of losing access to federal aid. In addition to criticizing the grassroots activists behind the movement, he also urged state officials to do more to ease testing burdens. Markell argued that more states should take advantage of additional funds authorized under the new Every Student Succeeds Act to conduct “assessment audits” that can be used to eliminate duplicative tests—something he says that no state has yet indicated it will do. In Ohio, for example, concerns that the state education department was insufficiently bullish on reducing assessment volumes led officials to delay the submission of their state accountability plan.

With Washington loosening the reins on education policy, some of the underlying grievances voiced by the opt-out movement identified by Pizmony-Levy are arguably already being alleviated. A number of states have at least nominally moved to review the Common Core or are in the process of doing so, and many states and localities are reducing the weight student test scores have on teacher evaluations.

Nonetheless, Pizmony-Levy could not give a definitive answer on whether the opt-out movement is likely to subside (“I’m not a prophet,” he said), though he did outline some of the trends he is watching as he continues to study the movement.

On the one hand, Pizmony-Levy does not believe that awareness of the opt-out movement has fully saturated communities across the country—particularly in areas like the South where it has cropped up more recently—suggesting there could still be room for opt-out rates to grow.

On the other hand, Pizmony-Levy has noticed that some of the liberal activists involved in the opt-out movement seem less focused since the presidential election and “it’s possible that people are more busy with other types of protest and activism.”

Overall, he said that there “seems like there is less energy and momentum compared to last year,” in the online opt-out groups he watches, though he stressed that the observation is anecdotal and hasn’t been empirically studied.

It remains to be seen therefore, if this new movement, predicated on civic disruption and without any clear unifying goal or leader, will continue to impact the education system in the long term.