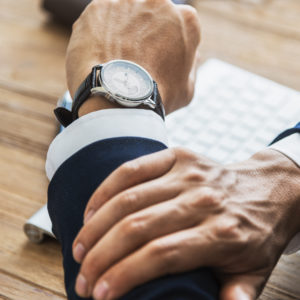 Amid over-testing and teacher evaluation concerns, Ohio’s department of education announced that it would heed calls from educators to delay the submission of the state’s federal accountability plan until September.

As recently as late last month, officials at the state education department had told InsideSources that they were continuing to target an April 3rd submission of their Every Student Succeeds Act (ESSA) compliance plan. At the time, local media reports suggested that educators in the state were dissatisfied with Ohio’s draft plan and were calling for a delay. In addition to their concerns over testing requirements and teacher evaluation procedures, the local stakeholders were arguing that state officials were not taking their feedback into serious consideration.

Under ESSA, states can submit their accountability compliance plans on either April 3rd or September 18th of this year. The law requires states to get input from local educators when crafting their proposals. Ohio, had recently conducted a months-long multi-phased process of stakeholder feedback-gathering before issuing the draft proposal that then came under fire.

In the statement announcing the plan’s delay, top state education official Paolo DeMaria indicated that many of the changes requested by the angry stakeholders would be best made “outside the narrow focus of the ESSA specifications.”

In other words, much of the testing requirements that local educators objected to are actually mandated by state law or required at the district level, and therefore cannot be unilaterally reversed in the ESSA plan. In his statement, DeMaria announced the formation of an “Advisory Council on Assessments” to study a plan of action that would reduce testing in the state’s schools.

Ohio’s decision to delay the submission of its ESSA plan is potentially significant to the debate among federal policymakers in Washington. Recently, Congress used the Congressional Review Act to dismantle Obama-era education accountability regulations, over Democratic objections.

In addition to concerns over a diminished federal role in civil rights protections, Democrats had cautioned that a repeal of the regulations could throw the state ESSA planning process into disarray. Republicans, groups like the School Superintendents Association, and outside observers, shrugged off those objections, arguing that the planning process was already well underway in most states and changes to the federal guidance would not affect state timelines.

Since Congress, voted for repeal, however, The School Superintendents Association jointly issued a statement with The National School Boards Association criticizing the new guidance issued by the education department. The groups questioning why states are no longer required to submit evidence of stakeholder input in their plans under the guidance—which is ironically what the local educators in Ohio were saying state officials had not done enough of to begin with.

Ostensibly, state officials could use delay and the new federal guidance to incorporate less stakeholder feedback than they did the first time around, though this appears unlikely, given DeMaria’s promise to educators to initiate state and district level reforms that reflect their comments.

Separately, the simple news that Ohio’s ESSA plan is being held back, could supply ammunition to Democrats who predicted the repeal of the Obama-era accountability regulations would inject confusion into the implementation process.

On the other hand, a spokesperson for the Ohio department of education refuted this potential narrative in an email. When asked whether the developments in Washington affected the state’s decision to delay its ESSA plan, the spokesperson answered: “No, it did not.”

Delaying the submission of their plan until September could give Ohio policymakers the time to amend testing procedures and reflect those changes in their proposal to Washington. Louisiana recently made a similar calculus, though the Pelican State’s decision was made before formal news came out of the national education department that even more deference would be given to state-level decision-makers in ESSA implementation.