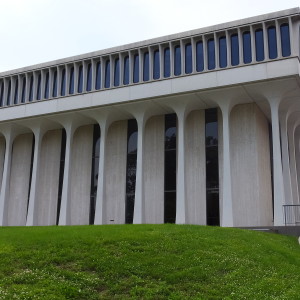 Our Heroes Are Flawed People

Retrospective examination of those we view as heroes is perfectly reasonable. After all, we revere them as such by concluding they were significantly positive individuals deserving of public respect and recognition. Discovery of flaws, however, should not reverse or eliminate their standing altogether. In fact, examination must recognize when they actually lived their lives, in historical context.

In the last several months there have been multiple and repeated efforts to remove the names of individuals who fail to meet today’s test of being on the “right side” of the racial divide between whites and those of color. To be fair, much of the time, the test would find these people guilty of racism even by the terms of their own time.

The University of Maryland has removed the name of former school administrator “Curley” Byrd from its football stadium. Mr. Byrd was not supportive of integrating the university during his tenure as its head. Students at Princeton have been demanding that all things named in honor of Woodrow Wilson be renamed. Clearly, the record shows Wilson was aggressively racist. The list goes on and on.

There is more than one problem with all of this. For Woodrow Wilson, it seems possible to me to say that his leadership as president of the United States, including during the first international conflict to be called a world war and as the principal author and advocate for the Square Deal, outweighs the genuine and negative stain his racism puts on his record.

Suppose we applied some aggressive review of the history to one of the most recognized heroes among African-Americans, Paul Robeson. He indeed was a great football player, remarkable actor and singer, and tremendously effective advocate for civil rights. As with some of the white heroes now under criticism, however, there is also plenty about Robeson that does not square with being on the “right side.”

Yes, he was the victim of racism and hatred in his own country. Does that mean he was justified in declaring when he went to the Soviet Union that he “felt like a human being for the first time”?

Worse, it is pretty hard to overlook or otherwise dismiss his repeated denials that any persecution existed in the Soviet Union during the time it was led by Josef Stalin. Estimates are that as many as 30 million were put to death by Stalin’s communist government. Repeat that number a couple of times.

Being a total apologist for a man who has that many deaths on his hands has to be a worse crime against history than denying employment to individuals due to their race. It is also fair to grasp that as a black man suffering mistreatment in his own country that Robeson was willing to overlook, even lie about, terrible things. That is the historical context of the behavior.

So, am I demanding that any of the hundreds of public and private establishments associated with his name be renamed? No, I am not. Instead, the thought is that the incredible amount of good and important things done and accomplished by Robeson justify his receiving a favorable grade by history.

At the same, this is my argument for men and women such as Woodrow Wilson. Robeson was wrong, by any definition of the term, about communism in general and Stalin in specific. Wilson was wrong on race. We ought not allow their flaws to overwhelm the rest of their records.

It is wrong to have reviews of our heroes limited to a single test: Where were you on the issue of full and equal rights for people of color? It is even more wrong to demand our heroes be without flaws. Let’s take a breath and allow our heroes to be people whose overall record defines and justifies their label and accept the reality most of them will be people who indeed were “wrong” on a variety of important and significant matters.