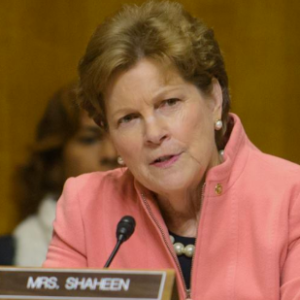 Packing the Court Starts With Killing the Filibuster, A Cause Long Championed by Sen. Shaheen

National politics may have hit DEFCON 1 over filling the Supreme Court vacancy left by Justice Ruth Bader Ginsburg’s passing, but in New Hampshire, the real fight starts afterward: Will a Democrat-controlled U.S. Senate get rid of the filibuster rule so a simple 51-vote majority can help President Biden pack the high court?

The SCOTUS seat fight is a foregone conclusion in the Granite State. Sen. Jeanne Shaheen has never voted for a GOP-nominated Supreme Court justice and she’s unlikely to start now. But she has been an aggressive advocate of changing the filibuster rule. And changing that rule is the necessary first in the push to pursue progressive legislative goals of packing the court, passing gun bans, granting statehood to D.C. and Puerto Rico, and enacting the Green New Deal.

In fact, killing the filibuster is so important that progressive groups have set up a “war room” to hit the ground running on the issue should Democrats take the U.S. Senate in November.

“Veteran Democratic party operatives, activist groups and supportive senators are coordinating message and strategy to dial up the pressure to quickly end the 60-vote threshold early next year, fearing that preservation of the rule will enable Republicans to kill Joe Biden’s legislative agenda in its cradle,” NBC News reports.

Among the progressive organizations participating in the anti-filibuster coalition are the pro-Green-New-Deal group Indivisible and the gun-control activists of the Brady Campaign. In fact, Shaheen has frequently blamed the filibuster for the inability of Congress to pass gun-control legislation she supports.

“I think we need to change the filibuster rule in the Senate,” Shaheen told NHPR in 2014. “It’s an arcane process. I don’t think we should have every vote require sixty in order to get something done.”

WATCH: Sen. Shaheen lays out her reasons for wanting to eliminate the filibuster

The filibuster has been part of the Senate in some form since at least the 1840s. The requirement of a two-thirds vote to end debate and bring a bill to the floor, aka “cloture,” was codified into Senate rules in 1917.

In 2013, then-Senate Majority Leader Harry Reid invoked the “nuclear option” allowing rule changes by a simple majority, then he used that power to remove the filibuster requirement for President Barack Obama’s judicial picks, excluding the Supreme Court. When President Trump took office, Republicans used the Senate majority they won in 2014 to expand the Reid Rule to SCOTUS picks, too.

But Sen. Majority Leader Mitch McConnell has always drawn a firm line at legislation: Laws must meet the 60-vote cloture threshold before coming to the Senate floor for a vote.

Many Democrats say they ready to join Jeanne Shaheen and erase that line, including Biden’s running mate, Sen. Kamala Harris (D-Calif.) and Massachusetts Sen. Elizabeth Warren. Asked about it on Sunday, Senate Minority Leader Chuck Schumer (D-N.Y.) said “Once we win the majority, God willing, everything is on the table.”

Killing the filibuster has been a cause near and dear to Shaheen for more than a decade.

In 2010, Shaheen co-sponsored a resolution with progressive Sen. Tom Harkin (D-Iowa) to change the filibuster rules so that legislation would eventually pass with a simple majority. In 2011 and 2013, she backed another set of proposals to change or override the filibuster proposed by Sen. Tom Udall (D-N.M.).

Sen. Shaheen declined to respond to multiple requests for comment.

Corky Messner, Shaheen’s Republican opponent, supports keeping the filibuster. “We don’t need to change the rules in the Senate, we need to change the Senator from New Hampshire we are sending to Washington,” senior campaign advisor Michael Biundo told NHJournal. “This is a power grab plain and simple. If the Democrats win the White House and the Senate in November, they want to quiet the dissenting voices.”

Progressives have made no secret of their hopes to add stars to the flag and judges to the bench. They are now pushing the latter as a potential response to Republicans filling the SCOTUS vacancy before the new Congress is elected and seated.

“If Sen. McConnell and @SenateGOP were to force through a nominee during the lame duck session—before a new Senate and President can take office—then the incoming Senate should immediately move to expand the Supreme Court,” House Judiciary Chairman Jerry Nadler wrote on Twitter Saturday.

However, a new Marquette Law School poll found that most Americans — including 65 percent of Republicans and 58 percent of independents — either oppose or strongly oppose changing the number of justices on the court.