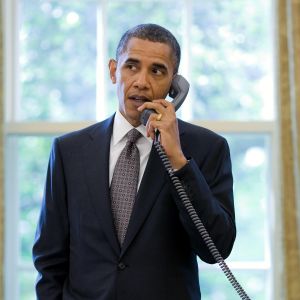 Federal Communications Commissioner Ajit Pai cautioned Americans to be skeptical Wednesday of a forthcoming decision by the agency to consider expanding its Lifeline, or “Obama phone” program as it’s been called in recent years, to include broadband subsidies for low-income Americans.

The Lifeline program was instituted in 1985 to help low-income Americans get telephone service by providing them with a subsidy to help cover the cost of service. The program was expanded to include mobile phone service in 2005, and in 2008 with the onset of the Great Recession, grew quickly in both use and cost — with its budget rising an average of more than 25 percent per year from $819 million in 2008 to $2.19 billion in 2012.

A significant portion of the rise in cost came from widespread fraud and abuse from consumers and wireless providers. According to the FCC, 41 percent of the program’s more than six million subscribers in 2012 failed to provide eligibility documentation, with many subscribers enrolling multiple times with falsified information to obtain the free cellphone and $9.25 monthly subsidy. Meanwhile, wireless providers including Conexions Wireless, I-wireless and True Wireless were enrolling the same customers multiple times to profit from the subsidy.

After adopting reforms in 2012, including setting up a database to prevent duplicate enrollees and fining providers $96 million for negligence and fraud, the cost of the program came down to $1.6 billion in 2014. Lifeline is paid for by a “universal service fee” attached to Americans’ monthly phone bills — typically a few dollars based on a percentage of the total bill.

“So where does your hard-earned money go? Unfortunately, Lifeline, known in some circles as the ‘Obamaphone’ program, is plagued by waste, fraud, and abuse,” Pai wrote in a National Review op-ed Wednesday. “And ground zero for the program’s current woes is the state of Oklahoma.”

In Oklahoma’s tribal lands, Lifeline subscribers are eligible for $34.25 per month regardless of whether they are Native Americans or not. In 2014, Oklahoma cost the Lifeline program the second highest total — $128 million — despite the state ranking 28th in population. The vast majority of Oklahoma’s claimants — 99.5 percent — received the higher $34.25 subsidy.

“So, for example, a non–Native American living in Tulsa is eligible for $300 more per year in phone subsidies than a low-income person in East Los Angeles or Appalachia,” Pai wrote. “Of the 307,434 Oklahomans receiving Lifeline support, only 339 do not qualify for the tribal subsidy, even though the vast majority of Oklahoma beneficiaries are not Native Americans.”

In the case of one former Oklahoma telephone company — Icon Telecom — the company defrauded the FCC out of more than $27 million with fake enrollees, which numbered 2,200 in 2011 and rose to 135,000 a year later.

“As a native of Parsons, Kansas, a small town near the Oklahoma border, I have a deep respect for tribal nations in Oklahoma,” Pai wrote. “But this federal spending in Oklahoma is outrageous. And excessive subsidies have made the state a playground for Lifeline fraud.”

On Thursday the commission is expected to advance and open up comment on the proposal by FCC Chairman Tom Wheeler to allow enrollees to purchase broadband service with the subsidy. The motion will likely be the most divisive vote since the agency adopted Wheeler’s net neutrality Open Internet Order earlier this year.

Before any expansion of the program, Pai argued Wednesday, the agency should reform the provisions still vulnerable to fraud and abuse.

“The FCC must act promptly to end this kind of swindle,” Pai wrote. “One option would be to provide the enhanced subsidy only in tribal lands with a low population density, where telephone services are less accessible and affordable.”

Pai said such reforms should also include a capped budget, a reduction in incentives to reduce fraud, a requirement for enrollees to make some contribution to their subsidized plans, and more aggressive enforcement from states and the FCC.

“These reforms — and others — must go hand in hand with any decision to begin providing broadband subsidies through Lifeline,” Pai wrote. “For the sake of all Americans who fund the program through taxes on their monthly phone bills, we cannot expand a broken program.”