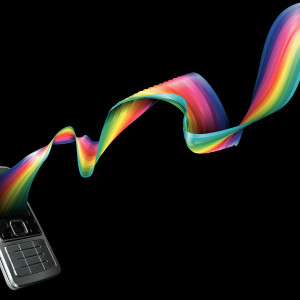 Pai: Sprint Pulling Out is a Bad Omen for the FCC’s Airwaves Incentive Auction

Sprint shook up the Federal Communications Commission’s airwaves incentive auction this weekend by announcing it will not participate in the spectrum bidding slated for next spring — an omen of things to come, according to one Republican FCC commissioner.

“Sprint’s decision not to participate in the incentive auction highlights the folly of the FCC’s attempt to pick winners and losers before the auction begins,” FCC Commissioner Ajit Pai said in a statement Monday.

Instead of spending cash to bid on wireless spectrum up for sale by broadcasters next March, Sprint said it will instead invest in building out the company’s infrastructure.

“Sprint’s focus and overarching imperative must be on improving its network and market position in the immediate term so we can remain a powerful force in fostering competition, consumer benefits and innovation in the wireless broadband world,” Sprint CEO Marcelo Claure said in a statement Saturday.

Sprint said it already “has the spectrum it needs to deploy its network architecture of the future” and give customers “great network coverage.”

The announcement is bad news for FCC Chairman Tom Wheeler, who needs as much participation as possible in the FCC-organized auction, where broadcasters will sell airwaves to the FCC, which will in turn put the valuable 600 MHz spectrum up for bidding to wireless carriers to feed Americans’ growing need for heavy bandwidth wireless services like video streaming.

Earlier this month Wheeler told the crowd at a wireless conference in Las Vegas he was confident the auction would be “supremely successful,” and that the heads of many of the U.S.’s broadcasters and wireless carriers had already told him they will likely participate, including 21st Century Fox.

“It also intensifies doubts about how competitive the bidding will be for set-aside spectrum and whether American taxpayers will receive fair compensation for that scarce public resource,” Pai said Monday. “Sprint’s announcement only strengthens my belief that the FCC should not have granted a spectrum giveaway in this auction or placed artificial limits on carriers’ participation.”

During the FCC’s open meeting in August Pai laid out his grievances with Wheeler’s plan for the auction, including a block of spectrum set aside for bidding exclusively by smaller carriers like T-Mobile and Sprint, reserving space for unlicensed spectrum devices on channels used by low-power TV broadcasters, and a provision to place some broadcast TV stations in the “duplex gap” — the airwaves that separate mobile data uploads and downloads.

Pai and others warn the move could cause interference problems, and that the possibility itself will drive down bidding on spectrum, reducing the compensation to broadcasters for the airwaves they’re surrendering in the auction.

“What has this process produced? In my view, it has left us with a mess, and with Congress, wireless carriers, broadcasters, unlicensed interests, and others dissatisfied to varying degrees,” Pai said in August.

“I don’t know whether the incentive auction will be successful,” he continued. “But I do know that the FCC is making it substantially more difficult than it needs to be to have a successful auction. And I believe that we are poised to dump serious post-auction difficulties into the laps of future commissions.”

Pai said Wheeler ignored his ideas and those of fellow Republican FCC Commissioner Michael O’Rielly for addressing those concerns, including offering broadcasters more money to buy more spectrum — reducing spectrum overlap and interference — or moving broadcasters into the uplink portion where they encounter less interference.

Sprint’s announcement was good news for some, including T-Mobile CEO John Legere, who will now have one less competitive bidder in the spectrum reserve block.

Legere took the announcement as a opportunity to get in a jab at Sprint, which he tweeted has “no money, and can’t borrow any.”

“Tough times at Sprint?! They are crazy to sit out this historic auction!” Legere tweeted Saturday. “Others will show up thanks to the reserve.”

“Let me be clear,” he continued. “T-Mobile is definitely ready and participating and sees this auction as a unique, important opportunity and event. T-Mobile is going to go hard in this low-band spectrum auction and put that spectrum to good use for our customers!”