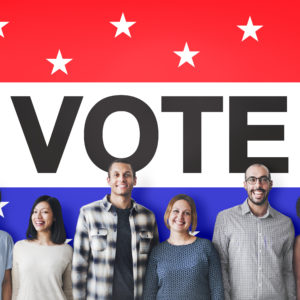 In his recent remarks to the graduating class of South Carolina State University, the state’s only public historically black college, President Joe Biden called for passing the Freedom to Vote Act and the John Lewis Voting Rights Act.  “We have to protect that sacred right to vote, for God’s sake,” he said.

Days earlier the NAACP President Derrick Johnson announced that his organization was stepping up its campaign to pass voting rights legislation. “My message is simply that we’ve got to act to step up to protect democracy.”

Business organizations and business leaders have also been voicing their opposition to voting restrictions being enacted in some states. These new laws make it harder to vote for everyone, but minority populations particularly. These laws even allow state elected officials to throw out local results, not because of documented voting irregularities, but simply because the results are not what state officials like.

Some will question businesses weighing in on this issue. After all, businesses do not vote.  Nevertheless, businesses large and small are very concerned.  Microsoft, HP, Unilever, Patagonia, Airbnb, PepsiCo, IKEA have all taken actions to oppose voting restrictions and support voting rights.

A national survey by Small Business for America’s Future found that 60 percent of small business owners are concerned about the current state of our democracy and 74 percent support the bill passed by the U.S. House of Representatives that would expand voting rights.

All this concern by the business community is based on our understanding that no economic good comes when a democracy turns into an autocratic, one party-rule government.

Entrepreneurship depends on a real democracy in which people know that if they have a good idea and are willing to sacrifice and work diligently, their idea can be turned into a successful, profitable business for themselves, their families, and their communities.

Entrepreneurship and a nation’s entire economy suffer when power is taken from the people allowing government and the politically well-connected to control the business ventures of others for their own benefit.

Autocratic and strongman governments have only one goal—maintaining power for themselves and their friends.

Vladimir Putin’s Russian government uses the courts and criminal charges to grab assets of independent growing businesses and turn them over to state and oligarch-owned companies.  Xi Jinping’s Chinese government allows domestic private business as long as it does not threaten the communist state by becoming too influential. Then it steps in to block future growth.

The most recent example is in Bashar al-Assad’s Syria. With its economy collapsing, the strongman’s government is seizing control of businesses, even those of Assad’s friends and relatives, to funnel money to the regime.

Business leaders know that a strong entrepreneurial economy and a vibrant democracy go hand-in-hand. The attack on voting rights is a clear signal that the nation is sliding away from the democracy businesses need.

In early 2022, Congress must pass voting rights legislation, the Freedom to Vote Act and the John Lewis Voting Rights Act.  The Senate must amend its filibuster rules to allow for these bills to pass with a simple majority vote.  The filibuster carveout for Constitutional issues proposed by Representative James Clyburn (D-SC) is the best path forward.

Our thriving entrepreneurial economy is on the line and will only survive if our democracy of and by the people is protected for future generations.