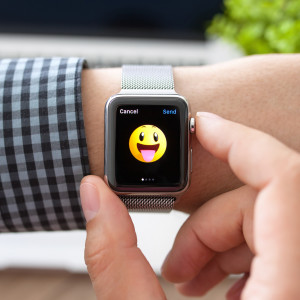 Tech companies and patent experts have warned for months a recent ruling in the ongoing patent battle between Apple and Samsung could flood the courts with patent trolls. Now a case brewing in Texas’s Eastern District — the patent troll heartland — filed against both companies and a half-dozen major automobile manufacturers could prove them right.

That same day ICC’s Managing Director Samuel Giles sent a letter to Samsung demanding the company cease importing smartwatch products with the functionality described on U.S. Patent No. 7,068,151 for a system described as the Blackhawk Remote Engine Starter (RES), which Giles applied for in 2003, but ICC or anyone else has yet to actually manufacture.

In the letter Giles references the case, filed in the U.S. District Court for the Eastern District of Texas, and demands Samsung stop marketing and selling “any smartwatches that directly or indirectly infringe one or more claims” in the patent.

In the case cited by Giles the federal court upheld a U.S. District Court for the Northern District of California ruling awarding Apple damages based on the value of the company’s entire product — in this case, the entire iPhone — rather than just the value of the infringed patented features, like the iPhone’s front-facing design, user interface and utility features.

Samsung was ordered to pay the “total profit” of its infringing Galaxy products to Apple — initially more than $1 billion but reduced to $548 million after certain claims were thrown out — making up the profit Apple lost in sales to Samsung Galaxy devices.

“That is, unlicensed sales of smartwatch vehicular systems, related software and components thereof with the infringing designs will dramatically increase damages liability,” the letter states before offering Samsung the opportunity to discuss a settlement option or purchase a license for the use of the technology, of which little evidence appears to exist outside of a low-quality YouTube video purportedly demonstrating the technology in use.

The video is modeled similarly to Kickstarter crowd-funding promotional videos meant to generate interest in financially backing inventors to bring intellectual property to market, and even includes “Kickstarter” in the title, though no campaign for the Blackhawk RES could be found on Kickstarter.com.

Giles launched an actual campaign on Indiegogo.com with the lofty fundraising goal of $50,000, of which he raised less than $2,000 before the funding window expired in December.

However, before debuting the campaign, Giles registered a website for the product in July 2014, which includes a disclaimer stating the site is intended “to satisfy the virtual patent marketing provisions” of U.S. law “and for no other purposes,” implying Giles crowd-funding campaign was an attempt at legitimizing his supposed intent to bring the product to market and avoid patent troll scrutiny.

According to the campaign page, Giles has just under 500 Facebook friends, yet the page was only shared on Facebook 89 times.

The infringement claim itself is problematic, as it relies on a “pending design patent portfolio” (a.k.a. patents not yet issued, which Giles also offered to license) that list a series of functionalities patented under a utility patent — a patent that doesn’t belong to ICC.

In an apparent internal dispute earlier this March, Giles sued the co-inventor of the patent in question before settling in April. Two months later, the two of them joined up again to sue the lengthy list of technology and automobile manufacturers.

In July, a group of technology companies including Facebook, Google, Dell, HP, eBay and others sided with Samsung in an amicus “friend of the court” briefing to the federal appeals court, where they argued under the ruling “the manufacturer of a smart television containing a component that infringed any single design patent could be required to pay in damages its total profit on the entire television, no matter how insignificant the design of the infringing feature was to the manufacturer’s profit or to consumer demand.”

“If allowed to stand, that decision will lead to absurd results and have a devastating impact on companies, including [the briefing draftees], who spend billions of dollars annually on research and development for complex technologies and their components,” the Silicon Valley coalition wrote.

While asking the three-judge panel to review its decision in June, Samsung warned the ruling would “invite overprotection and overcompensation for design patents, free from the limitations imposed in other areas of intellectual property law” and “lead to ‘an explosion of design patent assertions and lawsuits.’”