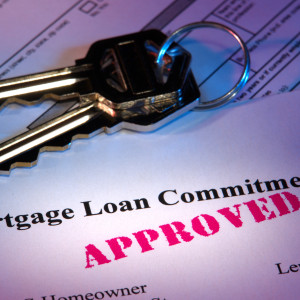 Created in 1977 with the intent of ensuring Black folk access to capital for growth in low-income urban and similarly struggling rural areas, the Community Reinvestment Act was an ambitious attempt at solving problems faced by minorities whose loans had been denied at an alarming rate.

But simply creating a government mandate didn’t yield the intended results of building on the gains of the Civil Rights movement and creating a new class of homeowners and entrepreneurs.

While the great optimism liberals had in trying to reconcile the sins of the past may have seemed admirable at the time, there is a formidable downside. Like all liberal ideas that come from deep in the heart — or from the jackboots of the foot — the CRA attempts to correct inequity by attacking the symptom and not the problem.

The symptom? Blacks have been discriminated against by banks, and have had difficulty getting loans. The real problem has been a lack of Blacks with the business and financial education needed to open, run and maintain businesses and cover mortgages. Instead of using the Chamber of Commerce and the existing businesses — as well as other community resources — to help train a generation of Black entrepreneurs and homeowners, Big Government instead forced existing lending institutions to make sure a certain percentage of loans checked a quota box.

Racism undeniably played a role in preventing Blacks from realizing the American Dream. There are numbers to prove it. But was the answer for banks, being about money and not being community-centered, to lower their criteria for issuing loans? These banks had a 15 percent loan failure rate, which added up to about 5 percent of total loans nationwide. The failure of these loans caused some problems on the overall economy, which some have argued that it helped contribute to the recession in the 1980s.

And, in the 2000s, the Clinton administration’s push for lending quotas in low-income areas — that even encouraged “desktop underwriting” that eschewed credit checks, proof of income, and down payments — created a housing bubble that burst near the end of the Bush administration.

While CRA proponents consider this debatable, what isn’t debatable is that forcing quotas on banks doesn’t encourage them to offer loans to those they shouldn’t have discriminated against in the first place. It does put them in a position of choosing between being good stewards of the community by helping Blacks to succeed or just lowering the criteria to satisfy bleeding-heart liberals and escape government sanctions. Of course, the path they chose was the one of least resistance. And it’s been the wrong one.

Solving discrimination problems with banks won’t start with putting a gun to bankers’ heads and barking out orders about who to do business with. If, and only if, government intervention is necessary — start by doing it right.

Racial quotas attack the symptom, not the problem — which is why it’s necessary to create a culture of entrepreneurship in the Black community.

This can be done in poor urban centers, and in equally poor rural areas, by continuing to expand the scope and resources of the Small Business Association. Ensure they have the resources to offer government-backed loans to those who take financial literacy classes. And offer real guidance from beginning to end for anyone who wants to have a business or buy a house.

Unfortunately, the liberal class continues to come up with solutions that require some kind of black-gloved figure in sunglasses holding a cigarette in one hand and a gun in the other to accomplish anything in America. The Biden administration has the power to embrace real solutions to the problem. But it’s likely it will do what liberals do best: “Do what I say, or I’ll kill your business.”

And then we start the cycle all over again.

Richard Holt is a member of the Project 21 black leadership network. He wrote this for InsideSources.com.